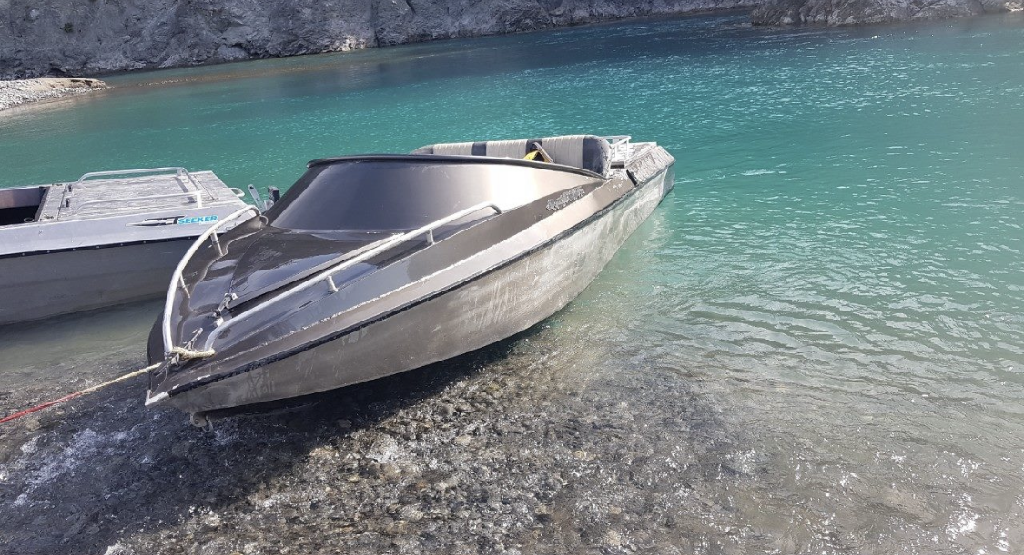 This jet boat was stolen from the side of the road. Photo: Supplied
Police are warning motorists to stay with their vehicle if it breaks down until it can be fixed or towed.

The advice comes after a home-made jet boat was stolen last week after the trailer it was being towed on had a tyre puncture at the corner of Old West Coast and Courtenay Rds, near Christchurch.

“Our advice is to stay with the vehicle, ring a friend and get them or a tow company to come out with a spare tyre, and if they have to leave their vehicle unattended, maybe try and get to the nearest farmers’ place and get permission to secure the vehicle on their property while they are away,” Grant said.

Senior Sergeant Dean Harker said there had been other vehicle thefts in the Selwyn area recently.

In mid-January there had been vehicle thefts in the Darfield area, a Polaris side-by-side farm vehicle had been stolen, as well as a couple of quad bikes.

He advised farmers to secure their property, not leave keys in vehicles, and report any such thefts as soon as possible.

Early last week there had been several vehicles broken into, either through unlocked doors or by smashing a window. The cars were parked on the street or up the driveway around the suburban Rolleston area of Lowes Rd, Levi Rd and Masefield Drive.

Harker urged anyone having their car broken into to let police know as soon as possible, and to try not to disturb any forensic evidence which may be on the inside or outside of the car, such as fingerprints.

There had also been a couple of cars stolen from Christchurch and driven to rural roads around Lincoln and then set alight.

Harker advised residents that if they saw any suspicious activity, such as vehicles in convoy travelling to a remote area, late at night or in the early hours of the morning, to report it to police.