Judge, minister at odds over abuse

A prominent judge has come out swinging after Social Development Minister Anne Tolley ruled out apologising for the abuse of children in state care. 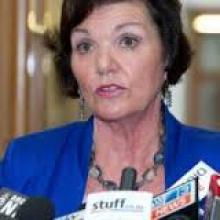 Judge Carolyn Henwood chaired the Confidential Listening and Assistance Service panel that heard more than 1100 cases of people abused in state care between the 1950s and 1980s.

The panel concluded its work in June 2015.

She said the Government ignored a number of recommendations made by herself and others.

These included that an independent inquiry be established to ascertain the extent of the abuse, investigate complaints and monitor the Ministry's care of children.

"It's very disappointing for our participants. I feel offended on their behalf,'' Judge Henwood said.

The ministry has been handling the complaints.

Mrs Tolley said the Ministry for Social Development was independent and impartial and had already settled 900 claims of 1100, with recognition of abuse, a personal apology and monetary compensation totalling more than $17 million.

She said about 3.5% of children in state care had made claims, most of which required an apology and compensation, not an inquiry.

"If we start now for a major inquiry, then they have to relive that all again. Why would we put them through that?

"There's no evidence that it was a systemic problem,'' Mrs Tolley said.

Judge Henwood disagreed, asking how Mrs Tolley determined the extent of the problem if there had been no inquiry.

"They can't see it. They don't want to see it and they always want to be in the right.

"With that kind of attitude at the top of the government department it doesn't bode well for the future,'' she said.