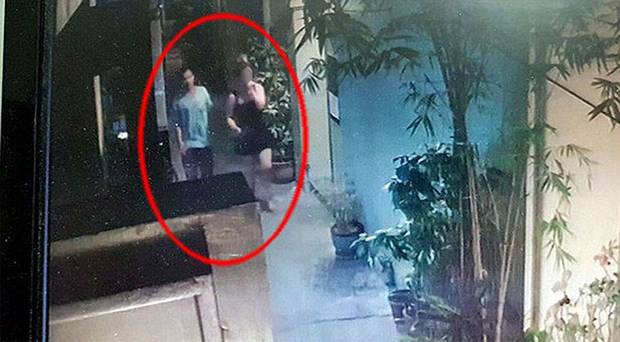 The 29-year-old New Zealander was returning to her hostel in Bangkok's Phra Nakhon district in the early hours of Saturday morning when she was approached.

According to reports, the woman claims she was lured to an under-renovation three-level building where she was attacked.

Chilling CCTV footage captures the moment the Thai construction worker befriends the 29-year-old who was sitting down on the footpath before luring her down an alleyway.

It is then claimed she was attacked and raped at the construction site.

Police said the victim was a vulnerable target due to intoxication.

Pol Maj Gen Surachate said 34-year-old construction worker Anat Ouddee confessed he had tried to have sex with the woman, but claimed he was not successful.

The suspect admitted he found the Kiwi tourist, apparently drunk, and led her away in the hopes of having sex with her, Thai media reported.

The alleged attack (on December 1) occurred one night before the victim was scheduled to return home, however, police have since assisted in having her stay extended in order for her to testify in the case.