Kiwis overseas should 'stay where you are' 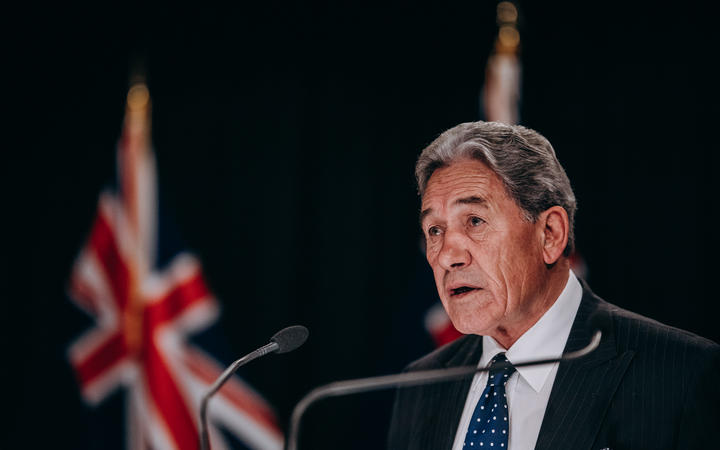 Winston Peters says the Government remained committed to helping Kiwis overseas, and consular assistance would be provided where possible. Photo: RNZ
If you're a New Zealander and still overseas - stay where you are, Foreign Minister Winston Peters says.

Peters said today the Government has been warning that it was becoming increasingly difficult to return to New Zealand from overseas.

"Many of the hubs we usually rely on to get home are no longer available, as countries such as Singapore prevent transits by foreign nationals through their airports. We must recognise that measures like these are part of the international effort to contain the spread of Covid-19," he said today.

"We are reaching a point where the best option for most New Zealanders offshore is to shelter in place, by preparing to safely stay where they are. This includes following the instructions of the local authorities and the advice of the World Health Organisation."

Peters said those who still had the option to come home should be working with their airlines "as a matter of absolute urgently".

"The feasibility of government-assisted departure flights is being considered, but there are no guarantees these will be possible in the extremely complex and rapidly changing global situation."

Peters said the Government remained committed to helping New Zealanders overseas, and consular assistance would be provided where possible.

New Zealanders overseas are being encouraged to register their details on SafeTravel.

Many of the transit hubs relied on to get people home were no longer available, Peters said.

Government-assisted flights home were being considered but there was no guarantee they could take place.

The Government would provide consular assistance overseas where possible.

Prime Minister Jacinda Ardern said this afternoon that the Government will take a "common-sense" approach to people struggling to get home before the nationwide lockdown takes effect.

She said they did not intend to simply cut off travel for ferries and flights when there are queues of people trying to get home.

Ardern said the window for making it back to New Zealand has pretty much closed.

"Air New Zealand has been our link to try and bring New Zealanders home but we are being very open and honest. Regardless of that ability via flights, actually those transit routes have stopped so that is making it more difficult."

New Zealanders overseas were advised to register on SafeTravel and check the website regularly for up-to-date advice.

Meanwhile, Transport Minister Phil Twyford announced the deadline for people needing to travel on domestic flights, trains and Cook Strait ferries to get home before has been extended until midnight on Friday.

Domestic passenger services, particularly ferries, have been inundated with people trying to get home before the original cut-off date of midnight Wednesday for non-essential workers.

A decrease in passenger numbers to accommodate level 3 physical distancing measures has reduced the ability of passenger services to carry more people.

Twyford said it was unlikely the increased demand could be met before midnight on Wednesday.