0 Comments
A standing ovation and waiata have marked outgoing cabinet minister Kris Faafoi's final speech in Parliament. Peppered with the occasional expletive, his valedictory focused on the Parliamentary family he is leaving, and the whānau he hopes to spend more time with.

First elected to the opposition benches as MP for Mana in 2010, Faafoi began by harking back to his first campaign when "some clever bastard" asked candidates how much time they had invested into the local community.

"I fluffed through an answer that would have the current Kris Faafoi with his face in his hands," he said.

Faafoi grew visibly emotional while thanking his boss, Prime Minister Jacinda Ardern, and belatedly lived up to a promise from 2005 of donating $500 to her campaign if she would dance on stage at the Pasifika festival.

"I thought about adjusting for inflation, but ..."

He has held eight ministerial portfolios including some of the biggest ministries like Justice and Immigration. He said he would not wish the experience of being immigration minister during the past two years of Covid-19 on anyone. 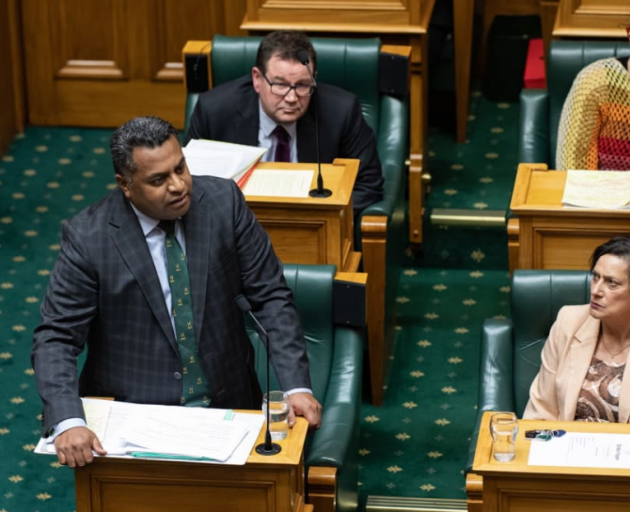 He also picked up the Broadcasting baton after the removal of Clare Curran, and said opponents of public media on the left and right of politics needed to "get on board".

A new organisation combining RNZ and TVNZ is set to be established next year, under legislation being introduced to Parliament next week.

He recalled his introduction Parliament while working as a journalist "running errands for Duncan Garner and Mark Sainsbury", and his early days in politics working for Phil Goff.

His first thanks to parliamentary colleagues went to former MP Clayton Cosgrove, "as loyal as the day is long", then on to Minister of Finance Grant Robertson, saying he struggled to put into words appreciation for his wisdom, compassion, intelligence, and judgement.

"I will miss having you in my life on a regular basis. You are our Cullen."

He credited fellow MP Megan Woods with keeping him sane and grounded while jibing him about being a Pacific Islander with seafood allergies, and paid tribute to former Labour MP Annette King.

"In opposition, there was no better camp mother."

His own mother was a regular viewer of Parliament's debates, he said, often asking where he was when not present in the chamber and "what did you say" when chastised by the Speaker. His father died in 2013.

"We miss him every day. It would have been great to lean on him for advice, especially in the last five years."

Family is the main reason he has offered for leaving Parliament, and he closed with a message to his children and his partner.

"This year we were meant to get married, Covid got in the way. I'll be home more now, and I'm worried I'll change your mind. If you marry me, I promise I will stop calling our joint account 'the flat account'."

Faafoi had planned to leave Parliament after the 2020 election, but Ardern persuaded him to remain to oversee his projects in immigration and broadcasting.

Announcing his departure last week, she said she was grateful for the work he had done, and would be greatly missed.

He is a list MP, so his departure will not trigger a by-election.