Labour off to rocky start in new Parliament 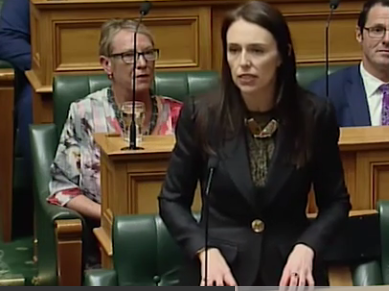 New Zealand's 52nd Parliament has opened and MPs have been sworn in, with Prime Minister Jacinda Ardern and Leader of the Opposition Bill English making remarks on their intentions in the new Parliament. Photo: Parliament TV
National has scored a victory over Labour on the opening day of Parliament - securing a key concession after threatening to derail the election of Trevor Mallard as Speaker.

National has forced Labour to back down on its plan to have 96 select committee places. There will now be 108 places - the number National had wanted.

"The Government came to Parliament disorganised and took the risk of losing the vote of Speaker.

"It was unprecedented. I've never seen that on the day of electing a Speaker where the proceedings of Parliament were disrupted."

Ardern said the Government had the numbers, but the National Party was threatening to take it to a vote on the Speaker, and that was not the way she wanted Parliament to kick off.

"We chose not to have a vote because we didn't think that was getting a parliament off to good start."

"We didn't want to have the speaker to vote for himself."

"We made a call on how to manage it, how to deal with it ... a minor irritation. It doesn't stop any of the work that we're doing."

The election of the Speaker is normally straightforward and comes straight after all MPs swear an oath of allegiance.

However, in what is an embarrassing oversight for the new Government, at least five of its MPs were absent and things threatened to go pear-shaped when National MP and shadow leader of the House Simon Bridges raised a point of order, querying whether MPs who weren't sworn-in could participate in the vote. 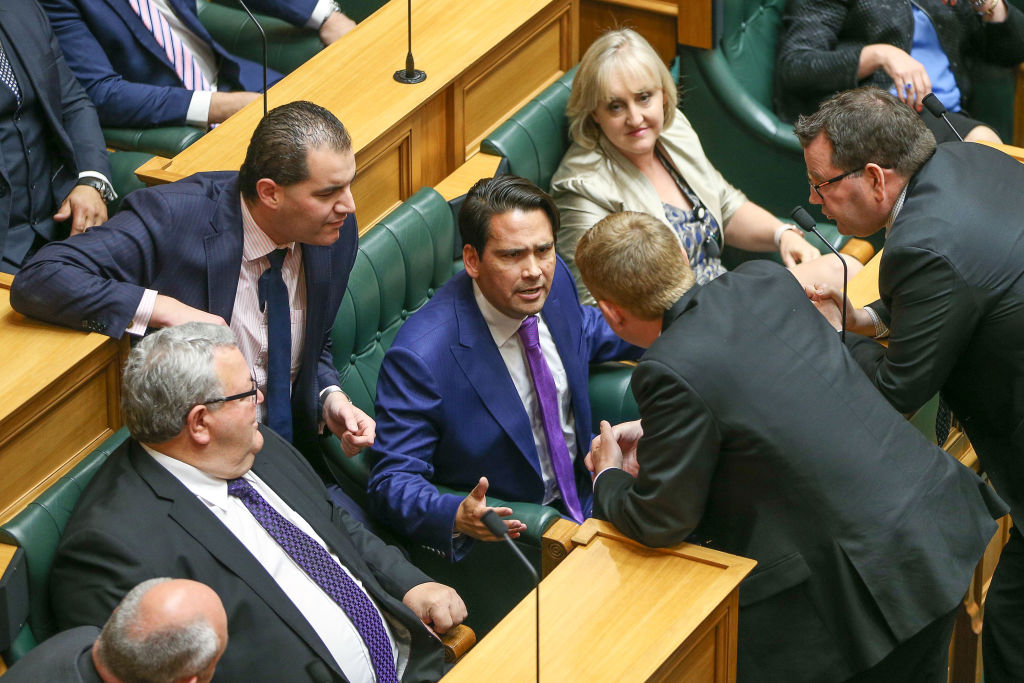 "Where's Winston when you need him?" Bridges taunted the Labour benches.

"Get used to it," another National MP commented.

After hurried discussions between Bridges and Labour's leader of the House Chris Hipkins, Mallard was finally confirmed as the new Speaker. It later transpired that National was one down as well with David Carter away and Labour could have won the vote - it had 58 to the Opposition's 56.

National had been in a heated dispute with Labour over the number of select committee places for MPs, and National accused Labour of eroding democratic rights.

It has been normal for places on select committees to be roughly equivalent to the size of Parliament, or about 120 MPs.

However, Parliament's standing orders committee, which included National, agreed in July there would be merit in cutting the number of select committee places to 96.

Labour stuck with that number, which would mean 11 National MPs would miss out on being on a committee.

Hipkins referenced comments by Bill English that the National Opposition would use its size to create "more tension and pressure" in Parliament, particularly through the select committee process, saying, "it's not our job to make this place run".

Today, Bridges said he could see the situation unfolding as the swearing-in was happening, so raised it with the Leader of the House.

He said it was "very pleasing" to have resolved the issue over the select committee posts.

Bridges said National could have caused more problems by forcing lengthy debates rather than allowing procedural motions to go through.

English said there would be further opportunities for deals as Labour tried to hasten its 100 Days programme through.

He said it would be "extremely bad faith" if Labour did not go ahead with the subcommittee deal.

Bridges, who brokered the deal, said the extra select committee roles would be better for New Zealand.

"We would have been reasonable on these issues of select committees. [The Prime Minister's] team weren't. They were dismissive, they were arrogant, and that meant that we've had to take some of the measures you've seen today. I think they've learned a lesson."

English denied his party had blackmailed the Government.

"The Government didn't know what numbers it had, didn't know whether it could elect the Speaker, and essentially sought our support."

He said if the Government went back on its word, it would be "extremely bad faith".

"We took the view ... that whilst we could have won a vote, it would have been a close vote, and that wouldn't have been a good way for the Parliament to begin its term."

He had not sought a commitment from National that it would not contest the Speaker position, but Labour had understood that all parties would support Mallard as Speaker and National's Anne Tolley as Deputy Speaker.

"Perhaps when dealing with the Opposition, I'll be a little more careful to make sure I get a specific undertaking from them in future."

He acknowledged that Labour has contested the Speaker position previously, but that had been signalled well in advance.

"But it has changed the tone with the way the Speaker is able to then get on with the job once elected, and we were very keen to ensure that Trevor Mallard had the unanimous backing of the House."

He said the scenes in the House were unseemly and the public did not want to see politicians "playing silly games".

"It would have been better if the Opposition had signalled to us that they intended to contest the vote, but at the end of the day, that's a matter for the Opposition."