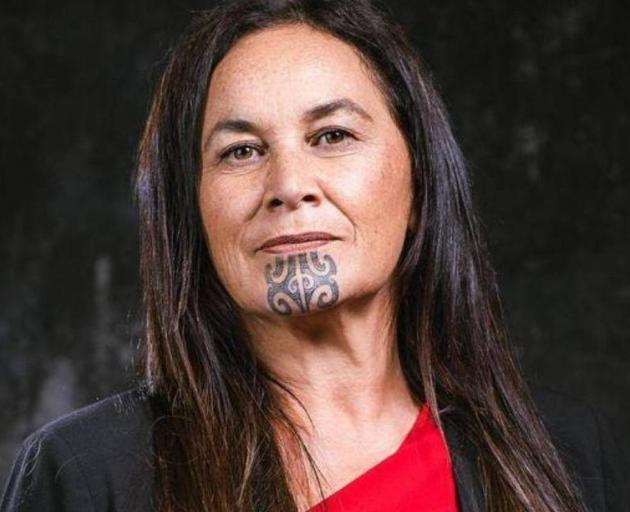 The call came as Taranaki District Health Board was in the firing line at the Prime Minister’s daily media conference at the Beehive.

Associate Minister of Health Peeni Henare was at the podium to address low Māori vaccination rates and said there was a lack of strong leadership at some DHBs.

“In Taranaki for example we heard from Māori health providers and iwi that they were dissatisfied with the job the DHB was doing.”

Henare said inconsistencies across a number of DHBs had blocked the spread of money meant for Māori health providers.

“A number of [DHBs] are doing absolutely fantastic and the money is out the door quite quickly, but in other cases it isn’t and that’s the problem we’re going to fix.”

He pointed to progress in Taranaki: “We met with the DHB and can now confirm that 16 hapū and the DHB are working together to continue to roll out the vaccine amongst that community.”

But Ngarewa-Packer, who is also a leader of Ngāti Ruanui, said little had changed since iwi leaders expressed frustration and exasperation to the Prime Minister and health ministers at the start of the pandemic.

“Eighteen months later we’re still expected endure the same systemic failures and racism that we did the last time around.”

“This time it’s worse because we know there are more Māori being hit by Delta: this time its coming for our families and we’re being left for last.”

But Henare warned Māori that the Covid Delta outbreak was at the doorstep of their houses.

“In the last two weeks Māori have made up 45.7 percent of total cases, versus 28 percent throughout the entire outbreak.”

Ngarewa-Packer said the Prime Minister and Government were very defensive and would not share power, refusing to admit they had failed tangata whenua.

“Now the tangata whenua, all of us, are scampering trying to protect our communities as best we can.”

The senior responsible officer for Taranaki DHB’s Covid response, Bevan Clayton-Smith, has only been on the job five weeks and said he’d heard the frustration.

“I’ve heard it directly and indirectly. I acknowledge there’s been dissatisfaction in the past.”

He said the DHB had an obligation to do better and he thinks the relationship with iwi and Māori providers is improving.

“I’m happy to embrace whatever truths and honesty come our way, and we’ll take that on board and move forward with it.”

“We have seen 62 percent of Māori have had at least one vaccination. That’s improved by almost 15 percent over the last week and there’s been a 22 percent increase in the last week for Māori getting double booked.”

“It’s no secret had that we’ve had frustration with the DHB.”