Lime recalls all e-scooters made by Okai 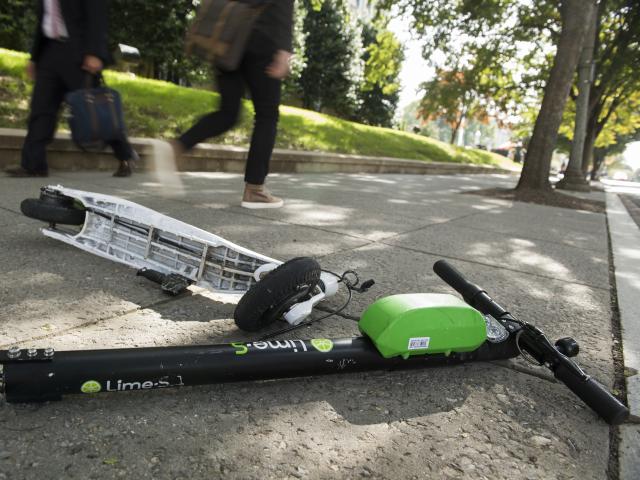 Photo: Getty Images
The company that supplies e-scooters to Christchurch and Auckland has issued a global recall for one of its models.

The California-based company Lime is actively looking into reports that scooters manufactured by the Chinese company, Okai, may break.

In a statement Lime said it was recalling all Okai scooters around the world as a precaution.

Most scooters were made by other companies but those by Okai were being replaced by newer, more advanced models.

Auckland and Christchurch councils have not been in touch with Lime since the recall started.

Unrelated to Okai, since the trial of the scooters began last month there have been dozens of reports of accidents.

Auckland Council is set to start a scooter safety campaign next week after Auckland mayor Phil Goff requested urgent advice around how to improve e-scooter safety.

An urgent memo sent to councillors advised them not to crackdown on the scooters, but instead roll-out an education campaign around safety.

The memo stated that "reducing rental e-scooter maximum speed, reducing the number of e-scooter rentals and revoking the licenses for the pilots are not advised at this stage".

It also advised that in the first week of the launch of the Lime e-scooters, there were around 40,000 trips and 14 injury claims reported to ACC related to e-scooters.

By comparison there were 32 injury claims from non-electric scooters in Auckland and Christchurch and an additional 80 across other regions for the same period.

That number has since climbed to 66 claims for e-scooter injuries.

Yesterday, there were another 1000 e-scooters hitting the streets of Auckland when the bike-share company Onzo began its three-month trial. It's not known what company made those scooters.

Meanwhile, a bylaw might need to be changed to allow electric scooters to travel in cycle lanes.