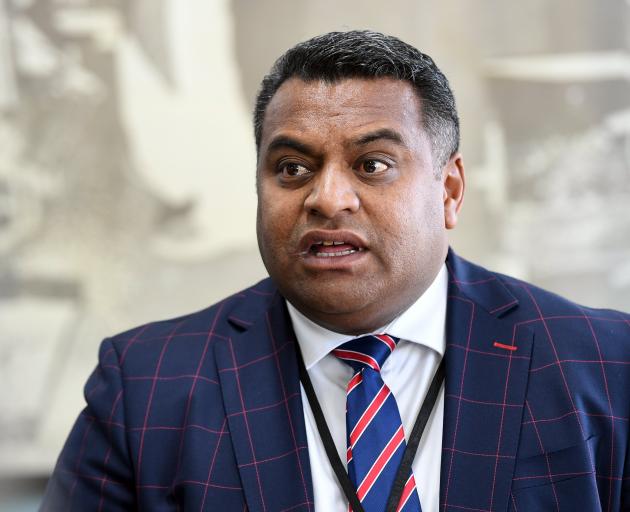 Justice Minister Kris Faafoi. PHOTO: ODT FILES
Māori voters will only be able to vote for Māori ward candidates in the 2022 local elections if they are already on the Māori electoral roll - and the next opportunity to switch rolls is currently 2024.

Justice Minister Kris Faafoi says the impact on Māori voters in local body elections is a clear example of the Māori Electoral Option failing to provide a meaningful choice of roll.

The Option allows Māori voters to switch between the general and Māori rolls only after each five-yearly census, but it’s under review as part of targeted electoral changes to support participation in the 2023 general election.

The changes won’t be made in time for next year's council elections, meaning Māori voters on the general roll won't be able to vote for candidates standing for newly-created Māori ward seats.

“When the 2022 local body elections are underway, Māori voters will be provided with information about the changes the Government is proposing for the Option,” Faafoi said.

“Even though they won’t come into effect until 2023, the information will allow people to consider how well these changes could address any problems.”

As an example, Ruapehu District Council is currently consulting on its initial representation proposal. It is proposing two Māori seats in a council of eight. Local Māori representation advocates are demanding a minimum of three seats (and preferably four) to more fairly reflect the district’s 45.3 percent Māori population.

The council’s response has been that its proposal for 25 percent of seats to be elected from a Māori ward reflects the number of local voters on the Māori roll. For more Māori seats, more voters must be on the Māori roll, the council says.

Minister Faafoi told Local Democracy Reporting councils would be using roll information from the most recent Māori Electoral Option period in 2018 to determine the number of councillors in a Māori ward or constituency for the 2022 elections.

“Some Māori voters are likely to want to change from the general roll to the Māori roll, or vice versa, for instance because their views have changed in the four or so years since the last Option period, or because the roll they chose with a general election in mind is not what they would choose for a local body election,” Faafoi said.

He said the Option as it stands locks each Māori voter into a single roll for both local and general elections over many years.

“This is one of the key reasons the Government has prioritised work to improve the Māori Electoral Option and is why we are moving on this work ahead of an independent panel review of electoral law.”

The minister said he was aiming to make changes before the 2023 general election, but there was no time to do this ahead of the 2022 local body elections.

“We want to ensure there is maximum meaningful engagement with Māori to consult widely on matters such as design of the Option, determining which changes will lead to the biggest improvement for Māori voters, and then giving enough time to draft a bill and send it through Parliament with the aim of having changes in place for the general election in 2023.”

Time was also needed for the Electoral Commission to develop a robust and helpful information and education campaign to support the changes.

“These are important changes for Māori voters and we want to ensure we consult and make decisions which are in the best interests of all future elections.”

The Ministry of Justice sought submissions from Māori during a review of the Māori Electoral Option earlier this year, including from focus groups across the country. Information from that consultation would be available once decisions have been made on changes to the Option, Faafoi said.

Te Tai Hauāuru MP Adrian Rurawhe said a way to adjust the situation before the 2022 local body elections would be to reach those who are not enrolled to vote.

“We believe there are at least 100,000 Māori who aren’t on either roll, and they are the hardest people to get to.

“There should be a really hard push toward first of all getting them enrolled, and, second, are there any changes that we can make to existing law to enable better ways of getting people enrolled? For example, in Australia it’s compulsory to enroll whereas in New Zealand it’s not.”

Māori Party co-leader Rawiri Waititi has welcomed the prospect of changes to the Māori Electoral Option, saying the current system means people can be stuck on a roll they don't want to be on for multiple elections.

The wider independent review of electoral rules ahead of the 2026 general election will also consider changing the voting age to 16, the length of the parliamentary term and funding of political parties.

Waititi said, given the quality of kōrero evident in school kapa haka, he believed rangatahi were ready to vote at 16.

Faafoi has called for nominations for the panel that will conduct the wider electoral law review.

Rurawhe said it was vital the panel included experts who understood Māori electorates.

“They’ve got some really big issues to tackle and it’s not going to be rushed,” Rurawhe said.

“They don’t report back until the end of 2023 which gives them a whole two years to do their work. Hopefully that means they’ll come up with some really good recommendations.

“It’s important that Māori organisations and individuals have their say and tell the review panel what they think the electoral law ought to be.”