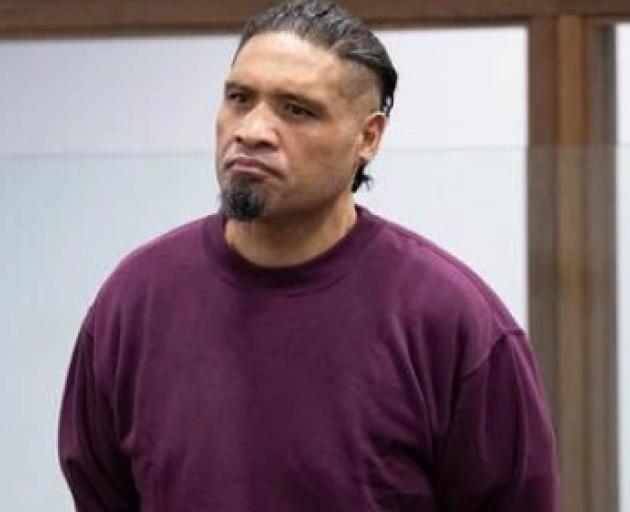 Eugene Daniel Baker during his appearance, for murder, in the High Court ,Wellington. Photo: NZ Herald
The man accused of decapitating a 71-year-old Petone man can now be named as Eugene Baker.

Baker, 41, appeared in the High Court at Wellington this morning, where his name suppression lapsed.

He is charged with murdering Francis Tyson on November 30 as well as unrelated charges of intentional damage and possession of non-approved psychoactive substances for supply.

Following the death, a neighbour said Tyson, who he knew only as "Frank" or "Frankie" was "an old pensioner" who had been dealing synthetic drugs or "synnies" to get by.

"Everyone's doing that, that's the hustle. He's a pensioner, he's doing his bit to hustle."

He said the drugs were related to the killing, but were not the motive.

He would not speak on the record about what he knew of the killing.

The neighbour said he knew Tyson well, and that people in the area used him as a "ghetto taxi driver". Tyson would regularly drive friends and neighbours to work or the supermarket for a small fee.

He said Tyson was not an easy person to get along with, but did a lot of good for those around him.

"The guy wasn't an easy guy to get along with. His jokes were f***ing stale. Everyone still laughed or else he wouldn't drive you."

The neighbour said this type of killing was "unnecessary".

"This isn't the cartel.

"We need to find some sort of justice for the guy."

The neighbour said the death was "f***ing horrible".

Baker will next appear in the High Court at Wellington in May.

'Clearly there is a failure': Collins blames Govt for Covid's return

Covid is back: Lockdown for Auckland, level 2 for rest of NZ