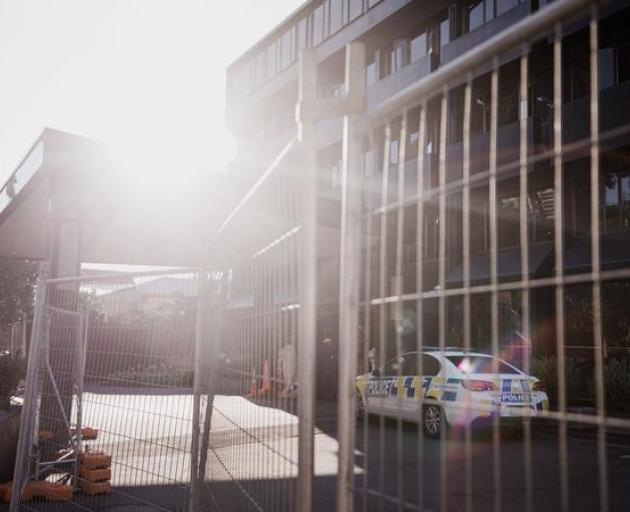 A managed isolation hotel. Photo: RNZ
A 22-year-old man is devastated at losing his $50,000 contract job after his MIQ stay was extended twice for reasons, he says, were out of his control.

Two days before the man was due to leave Christchurch's Commodore Airport Hotel, he said he crossed paths with a foreign worker coming into the facility.

The worker tested positive for the most transmittable strain of the virus on day zero, the man - who asked not to be named - said.

"It's absolutely devastating, with the lack of communication on how the process works. It's not the news of losing the job, of course that was horrifying but the not knowing was the most stressful part."

On June 4, he was told by MIQ officials that he was a close contact of a person who had become infected with Covid-19.

"I was struggling to sleep not knowing what's going on and getting drip fed small amounts of information because the team in here don't know the information, they are not making the decisions," the man said.

Then, he said on June 10 the results from the genomic sequencing showed the positive case was infected with a highly transmittable strain, so his stay was extended another week.

He said he's had five tests come back negative during his stay in MIQ.

He had planned to be out of MIQ by June 5 and was meant to fly out last Saturday, June 12.

But MIQ officials extended his stay until June 10 and then June 19.

"I tried to reason with them and see if there was any way I could just go straight to the airport but it was like dealing with a brick wall."

He said he was aware that CCTV was blurry and officials weren't able to identify who was breaking the rules.

"I'd like to see a change in process. It's managed isolation, yet there doesn't seem to be any management to ensure that people are sticking to the rules like patrolling the hallways."

Lawyer Lewis Bunge from Hopetoun Legal said the man would have a case if he could prove the extension were a result of MIQ staff negligence or recklessness.

"If he can show that the stay extension was caused by MIQ staff negligence or recklessness, and as a direct result of that he lost his contract, then he has a case," Bunge.

However, Bunge said the man still had the responsibility of trying to find another job - and could sue for the difference.