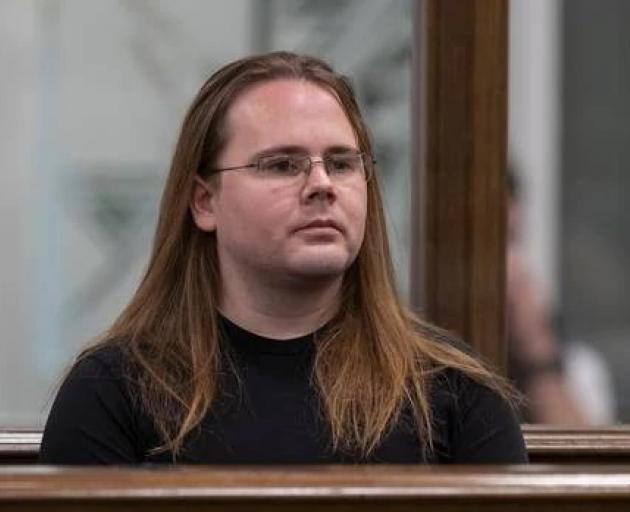 Joseph William Borton in the dock at the High Court at Wellington when he pleaded guilty to the grisly attack. Photo: NZ Herald
WARNING GRAPHIC CONTENT: A Wellington man who bludgeoned a woman to death with a steel mallet so he could sexually violate her 12-year-old daughter has been imprisoned indefinitely.

The offending, which has been labelled by the Crown prosecutor as being at a high level of "cruelty, brutality, depravity and callousness", happened in the affluent suburb of Karori.

Joseph William Borton, 31, was living in Lemnos Ave when he met the victims, a 52-year-old woman and the girl.

On April 4, Borton saw them entering another home on the street and followed them into the house with a mallet.

The girl recognised him and said hello, but as she turned to catch a cat she was looking for, Borton swung the mallet at the back of her head, sending her flying, the summary of facts said.

"The defendant placed one hand around her throat and his other hand over her nose and mouth. She struggled for breath," it said.

The girl clawed at his hands, screamed, and tried to bite Borton's fingers, but was unable to get away from him.

He then struck her again in the head, this time caving her skull inwards and knocking her unconscious.

The 52-year-old victim heard the girl scream and came to help her, but as she entered the room Borton struck her repeatedly in the head with the mallet, fracturing her skull and causing heavy blood loss. 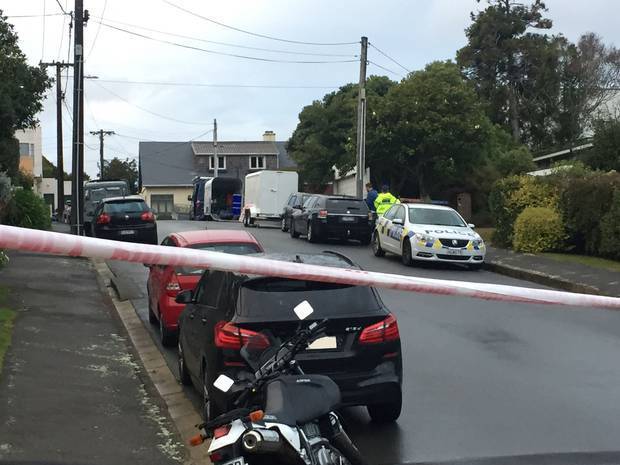 The attack happened on Lemnos Ave, in Karori. Photo: NZ Herald
As she lay dying on the floor, he undressed the girl and sexually violated her, telling her "it's okay".

The girl then watched as he went over to the dying woman, who was groaning in pain. She fell unconscious again and Borton began undressing the woman.

Borton then returned to his own flat and showered, before coming back to clean up the blood from the victims' head injuries, the summary said.

When the girl regained consciousness again, Borton came into the room and told her there had been an earthquake, injuring her and her mother. He said her mother had gone to hospital and would be back soon.

He then undressed and lay down by the girl, saying "let's play". The girl lost consciousness again.

About 18 hours after the initial attack, Borton called 111 and said he had killed the woman, referring to himself as a "peeping Tom".

An autopsy revealed the woman suffered at least eight separate head injuries. They were so significant that fragments of her skull were pressed into her brain.

The 12-year-old needed surgery to reconstruct her skull and now has a plate in her head and has damaged sight and hearing.

Borton pleaded guilty in the High Court at Wellington in August to all charges, including murder, sexual violation, indecent assault, wounding with intent to cause grievous bodily harm, and several theft charges.

A scene examination uncovered the bloodied mallet in a bathroom sink with various other items, including a used condom.

Borton told police he intended to "incapacitate" the 52-year-old so he could sexually offend against the daughter.

He described the sexual offending in detail.

Police found the woman's body about 1.10pm on April 5, and the seriously injured girl in the same room.

The victims have name suppression to protect the child's identity.

He reappeared in court today for sentencing, where Crown prosecutor Grant Burston argued he should receive preventive detention as he was "likely" to sexually offend again if released from prison.

Justice Simon France said psychological reports revealed "no ready explanation" for why Borton, who has no previous convictions, "embarked on this episode of extreme violence and what I regard as sexual depravity".

He said Borton had a dysfunctional personality, was growing increasingly isolated in the weeks leading up to the attack, and may have felt frustration and jealousy towards people who he perceived as having a better life than him. He was largely estranged from his own family.

Borton showed "little real understanding" of the impact of his actions.

He has a "very disturbed personality" and "tries to intellectualise things", and displayed an "incapacity to understand and empathise", Justice France said.

"I doubt there is real remorse."

All the professionals who filed reports after interviewing Borton expressed concern he was downplaying the extent of his sexual fantasies.

Justice France sentenced Borton to preventive detention on the sex offences, meaning he will not be released from prison until it's believed safe to do so.

He also sentenced him to life in prison with a minimum non parole period of 19 years on the murder.

Borton's name has also been placed on the child sex offender register.