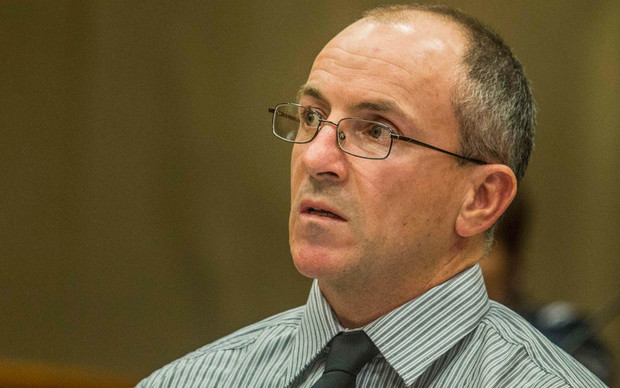 Scott Watson was jailed for the murders of Olivia Hope, 17, and Ben Smart, 21, who disappeared in the Marlborough Sounds on New Year's Day 1998. Photo: Pool / John Kirk-Anderson
Scott Watson, jailed for the murder of Ben Smart and Olivia Hope after they disappeared in the Marlborough Sounds in 1998, has been denied parole for a fourth time.

The last time he came before the Parole Board just under a year ago, it was decided he remained an undue risk because of his refusal of treatment from psychologists.

Today at his appearance before a virtual sitting of the Parole Board, the same issue arose. 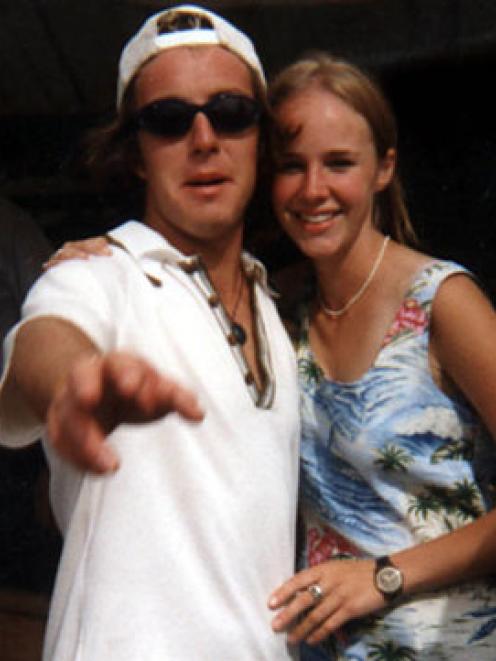 Ben Smart and Olivia Hope. Photo: NZ Police
The board's chairperson, Sir Ron Young, said Watson continued to deny his crimes which prevented the "core risk" at the heart of his offending from being addressed, as part of his treatment.

In asking for parole to be granted, Watson's lawyer Kerry Cook pointed to a "sound" release plan with many "protective elements" including his client having the "spotlight on him", a reference to the high profile nature of Watson's case.

Describing his family as being "pro-social", he said his client had remained in close contact with them and that they and his partner would play a central role in supporting him on his release from prison.

Now aged 50, Watson was described as mature and the "go to person" in the prison workshop where he had shown a "good work ethic".

Wearing a dark grey prison issue sweatshirt and with a shaved head, Watson, who like everybody else in the hearing was wearing a face mask, said he would behave outside prison in the same way he had done inside it.

Saying he was nervous, he mostly read pre-prepared comments and said he no longer posed an undue risk.

Corrections said it was happy with his behaviour in prison and for his time over many years spent working on the other side of the wire, including in a logging yard.

Among supporters who spoke to the board was a man who said he had a job for Watson on his release.

Kerry Cook pointed to comments from Justice Kos during his application for bail so he could work with his legal team on his upcoming appeal, where he described his risk of re-offending as "moderate".

Ultimately, Justice Kos said the decision rested with the Parole Board. In the end, it all came down to the most recent report from Watson's psychologist.

Board member Alan Hackney was concerned at Watson's high score in his psychopathy report.

Asked what he made of that, Watson replied that he thought he had done well in it and that he presented as being "normal".

Asked how he had coped in prison for as long as he had given his belief that he was innocent, Watson said he experienced a range of emotions "waking up next to a brick wall every day" but tried to "stay positive".

He said an important element in helping him cope was "belief in myself" and a belief in the justice system.

However, in relation to the psychologist's report he said he feared he would be "stuck here forever".

Sir Ron said his risk remained high as long as the issue at the core of that risk, his violent offending, remained "unaddressed".

The board's chairperson noted his family were also of the belief he had not committed any crime and this reduced the benefit of the support they would offer him on the outside.

Watson replied that he wanted to look forward to the future and live his life with his partner and his family.

After a short break, the Parole Board returned and delivered its decision.

Watson won't be able to put his case for release again for another two years, with his next appearance scheduled for October 2023.

His appeal, due mid next year, followed an investigation by retired judge Sir Graham Panckhurst that raised concerns about the forensic evidence used to convict him.

The bodies of Olivia Hope and Ben Smart have never been found and criticisms have been made of the police investigation into the case.

Hope (17) and Smart (21) had been at Furneaux Lodge in the Marlborough Sounds for a New Year's Eve party to welcome in 1998.

The last time they were seen was about 4am on January 1, when they were dropped off at a yacht on a water-taxi operated by lodge bartender Guy Wallace.

The friends planned to sleep on the chartered yacht Tamarack, which Smart had arrived on, but the berths were full. Three other passengers were travelling on the water-taxi, one a man who offered the pair a place to sleep on what he claimed was his yacht.

Police investigations began on January 2 after Hope and Smart were reported missing by their parents.

After Detective Inspector Rob Pope took over the police investigation, he decided Picton resident Watson was the unknown man aboard the water taxi.

However, Wallace was adamant he dropped Hope and Smart off at a wooden, two-masted ketch - a description supported by another witness on the water taxi - while Watson owned a single-masted steel sloop called Blade at the time.

Watson was arrested for the murders in June 1998 and was convicted in 1999, after an 11-week trial with 500 witnesses. He was sentenced to life imprisonment with a minimum non-parole period of 17 years.

His case has been taken unsuccessfully to the Court of Appeal and the Privy Council. In 2013, then Justice Minister Judith Collins advised the Governor-General at that time, Sir Jerry Mateparae, that Watson's application for a royal pardon should be declined.