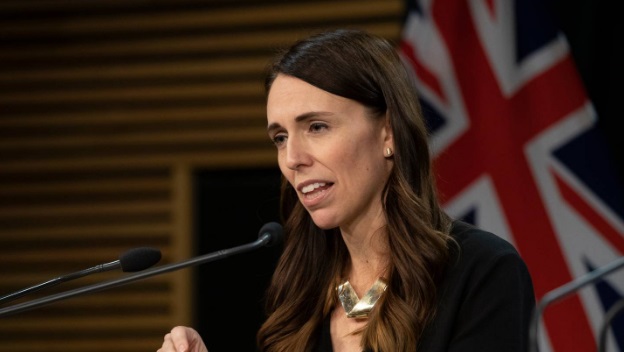 Previously it had only been approved for those aged over 16, but Pfizer trials in April showed 100 percent efficacy for those aged 12 to 15. Canada, the United States, Europe, the United Kingdom and Japan had all since approved it for that age group.

"Medsafe's approval has been a very carefully considered and robust process, with safety the key priority using "the most up-to-date scientific and medical data available", Ardern said.

The next step is for the Government to review advice from the Ministry of Health about Medsafe's "decision to use", with a decision later this month.

There were enough vaccines to vaccinate the younger group and nobody would miss out, Ardern said.

While it was too early to outline details, schools would likely be part of the rollout, she said. There was also the possibility this age-group could be vaccinated at the same time as other whānau members.

"We don't need to buy any more to cover them, and no one will miss out as a result of this decision."

Pfizer trials showed a robust antibody response and tolerable side effects consistent with those seen in adults aged 16 to 25.

The trials included 2260 adolescents in the United States, with and without evidence of prior SARS-CoV-2 (the virus that causes the disease) infection. There were 18 cases of Covid-19 in the placebo group and none in the vaccinated group.

A strong antibody response was observed in a subset of adolescents one month after the second dose.

Further clinical trials have commenced in children aged 5 to 11 and are expected to begin in younger children aged 2 to 5 in early April, followed by ages six months to 2 years old.

Medsafe has given provisional approval of the Pfizer/BioNTech vaccine for children aged 12 to 15. Photo: Reuters
While Covid-19 had not generally affected children as severely as it has adults, there had been cases internationally of children getting sick from the virus, Ardern said.

"In addition, children have been shown to transmit the virus, so being able to vaccinate them helps protect the wider community.

"Put simply - when our children are vaccinated, their teachers, friends, siblings, parents and grandparents are more protected from the virus too. So it's in all of our interests for this group to get the vaccine," Ardern said.

A decision on Johnson & Johnson's Janssen vaccine is also expected within the next fortnight.

Janssen Pharmaceutica, a Belgium-based division of Johnson & Johnson, was one of the four vaccine providers with which New Zealand had signed in-principle purchase agreements – in this case covering up to 5 million vaccines.

Ardern previously said the Pfizer vaccine remained the predominant Covid-19 shot that Kiwis could expect to receive this year.

However, the Janssen vaccine has been regarded as a potential "plan B" if there are any issues with Pfizer stocks.

Director-general of Health Ashley Bloomfield previously said AstraZeneca was also in the approval process, namely because of issues around manufacturing, and Novovax was on a "slower timeframe".

Ardern received her first Covid vaccine at Manurewa Marae in Auckland on Friday, saying it was "pretty pain-free".

On Thursday she and Bloomfield also unveiled the general public Covid vaccine rollout plan, starting with people over 60 from July 28.

It would then progress down in age brackets with those 55 and over able to book from August 11. People 45 and older should be able to book from mid-to-late August, and people over 35 would be eligible about a month later.

It will likely open up for the rest of the population in October.

Will there be rollouts in schools?

Most probably - Bloomfield has previously talked about this as being one way to vaccinate this age group efficiently.

Will they be at the bottom of the priority queue?

Likely. Last week Ardern rejected having youth higher in the queue because there is no community transmission.

Is there any work being done now on whether it will be later rolled out to younger children?

How much does this improve our chances of herd immunity? Any idea how many kids are in this age group?

There are 265,000 in this age group, so it potentially increases population coverage by about 5 percent.

Why wasn't it originally deemed safe enough for kids in this age group?

Because they firstly have to have trials proving it is safe, and then Medsafe has to assess those trial results.