Photo: ODT files
A staffing crisis at a psychiatric facility for teenagers with severe mental illness got so severe that employees worried it would lead to "serious injury or death", according to damning inspection reports obtained by the Herald.

Inspectors from the Children's Commissioner's office visited the Regional Rangatahi Adolescent Inpatient Service (RRAIS), a 12-bed facility in Porirua, twice in the past year-and-a-half and found a multitude of alarming problems relating to staffing, the physical state of the unit, and the wellbeing of patients.

Their reports, which have not been made public until now, detailed numerous examples of poor design and maintenance – including broken windows, no curtains in the girl's bedrooms, "tired and depressing" decor, numerous ligature points, and broken locks – that made the building unsuitable for highly vulnerable patients experiencing conditions such as psychosis.

The inspectors also expressed alarm that distressed teenagers were held for up to two-and-a-half days in a cold, barren seclusion area where some were given cardboard potties nicknamed "cowboy hats" to go to the toilet in, and the only outdoor space was a "small cage covered with mesh" visible from a public street.

Safety issues at the "rundown, decaying" facility were compounded by a critical shortage of skilled employees to care for the young patients, the inspectors said.

"Staff were concerned about the safety of mokopuna at the unit and were afraid of serious injury or death," they said in one of the reports. "They described the unit as 'chaotic' or 'in crisis' as a result of unsafe staffing levels and a chronic shortage of experienced staff."

RRAIS, part of the Kenepuru Hospital complex, is one of three specialist inpatient psychiatric units for young people in New Zealand, serving patients from Gisborne to Wellington. It was operated by the Capital & Coast district health board until a major restructuring this month merged all DHBs into a national operating body known as Health New Zealand.

Judge Frances Eivers, the Children's Commissioner, told the Herald the state of the rangatahi unit was "highly concerning".

"My team and I will be following this closely," she said.

Karla Bergquist, Health New Zealand's executive director of mental health services in the Capital, Coast and Hutt Valley region, said the authority accepted the recommendations and has taken steps since the inspectors' last visit in January to address them.

RRAIS is trying to hire new staff to fill vacancies, Bergquist said, although "recruitment remains a challenge both nationally and locally".

"We acknowledge that the facility is outdated and does not offer an optimal therapeutic environment," Bergquist said. Some maintenance work has been carried out since the last inspection but was delayed by the coronavirus pandemic.

The Herald obtained the inspection reports as part of an investigation into the state of mental health services. Interviews with dozens of service users, data from multiple public bodies, and thousands of pages of government and health authority documents have exposed how DHBs across the country are struggling to cope with a rising tide of mental distress amplified by the Covid-19 pandemic.

Depleted by years of underfunding and poor planning, public mental health providers are now desperately short of the psychiatrists, psychologists, nurses and other skilled staff required to meet the rising need, the investigation found. As a result, many desperately unwell people are not getting effective treatment when they need it and employees are working in exhausting and unsafe conditions.

The Children's Commissioner conducted a surprise visit in March 2021 and inspectors detailed their findings in a report in October. The report has not been published by the children's watchdog but the Herald obtained a copy under the Official Information Act from Capital & Coast DHB.

"We saw mokopuna and staff struggling to cope with the cramped, rundown, and decaying conditions at Rangatahi," the inspectors said. "Whānau were 'dismayed' at the physical condition of the facility when they arrived." 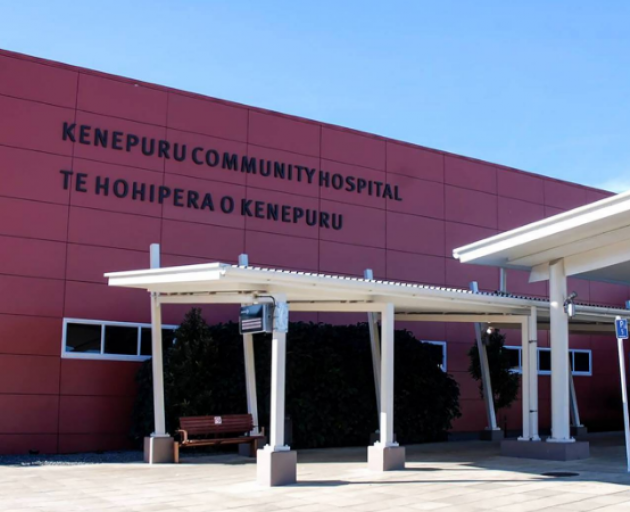 The regional adolescent psychiatric unit is based at Kenepuru Hospital in Porirua. Photo: NZ Herald
Indoor areas were cramped, while use of the limited outdoor space was restricted because there wasn't enough staff to provide supervision, the inspectors noted. The food was monotonous and unsuitable. When patients wanted to call their families, they had to use a phone outside the nurse's station that provided no privacy.

Inspectors expressed concern that some patients were detained in a "barren" seclusion area.

It has long been a practice in psychiatric units to manage agitated patients by physically restraining or locking them in a confined space until they settle, but there has been a push in recent years to eliminate these methods because they can be extremely traumatic and there are more effective ways to calm people in distress.

At RRAIS, a dozen patients over the previous year had been held for between 10 minutes and 68 hours in a confined area that was in poor condition, the inspectors found.

The temperature in the seclusion room was "noticeably cold", despite some patients being held there in only a hospital gown. There was no outdoor space for secluded patients except for a "small cage covered with mesh" with no seating that was "clearly visible from a public road".

"Given the age and vulnerability of mokopuna at Rangatahi and the conditions in the seclusion unit, we are seriously concerned about the use of seclusion," the inspectors said.

Chronic understaffing meant employees regularly did double shifts. Staff complained of high turnover, burnout, and frustration at "being unable to work to their job descriptions because they were too busy 'trying to keep these kids alive'". Patients told inspectors they weren't getting the effective treatment they needed to get better.

After that visit, inspectors demanded a range of improvements including urgent refurbishment, elimination of the use of seclusion and restraint, and recruitment of new staff to ensure there is an adequate number of trained professionals on every shift.

In January, during a Covid lockdown, the Children's Commissioner went back for another inspection.

This time, inspectors found there'd been some progress: Staff culture had improved significantly, partly because of a change of leadership. Patients told the inspectors the staff were caring and supportive. And there appeared to be better planning and communication.

However, the inspectors said the unit was still not a safe and therapeutic environment for vulnerable young people. While there had been cosmetic improvements since the previous review, including new carpets, repaired windows and renovations to an internal courtyard, the inspectors said they "remain concerned the building is not safe or fit for purpose".

The staffing situation remained "unsafe and unsustainable", they found.

"Staff regularly work overtime and described feeling burnt out and fatigued," the January report said. "Many describe the current situation as unsafe and felt the unit would be unable to provide safe, quality care for mokopuna if they were at full capacity."

Conditions in the seclusion area were still cold and degrading, and required an "urgent upgrade", the inspectors said.

Their report also noted that some secluded patients were made to use cardboard potties ("also referred to as 'cowboy hats'") despite there being a bathroom in the seclusion area. They found no clear reason or justification for this, but "it appeared to be routine".

"This practice compromises mokopuna privacy and dignity," the inspectors said.

In a statement, Bergquist of Health New Zealand said: "RRAIS works hard to strike a balance between supporting and treating clients with complex conditions, while also ensuring the safety and protection of other vulnerable clients and staff."

Seclusion is only used as a "last resort, when rangatahi pose a risk to themselves or others, and when other de-escalation methods have proved unsuccessful". The increase was due to "three clients with very complex mental health needs".

Bergquist said the use of cardboard potties is not standard practice and in most cases secluded patients are allowed to use a communal bathroom. However, the bathroom could be a safety risk because "it can be locked from inside and has no viewing window, meaning staff cannot remain in contact with rangatahi who may be highly distressed. In this instance, rangatahi will be provided with a composite material disposable receptacle.

"While we acknowledge that this process is far from ideal, it remains the safest option," Bergquist said. The seclusion area is scheduled for refurbishment which will include revamping the bathroom to protect the privacy and dignity of patients.