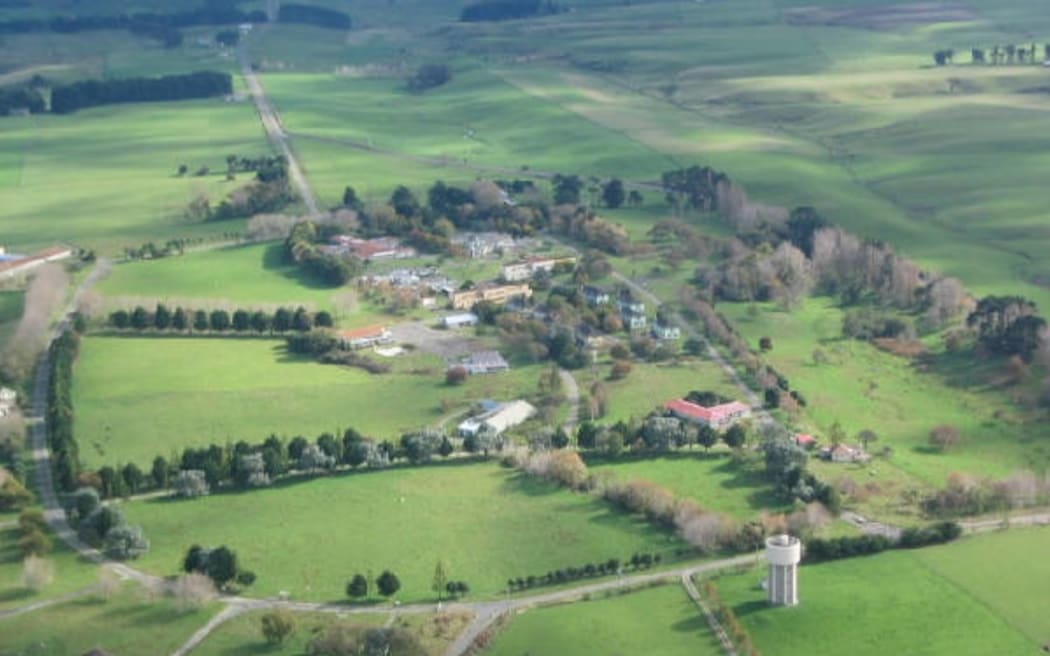 An aerial view of Lake Alice Psychiatric Hospital. File photo. Photo: PUBLIC DOMAIN/ https://en.wikipedia.org/w/index.php?curid=7629585
Police have identified more than 130 former patients of the Lake Alice psychiatric hospital's child and adolescent unit who received electric shocks to their genitals or as punishment, rather than treatment.

In their third investigation into allegations of abuse at the North Island unit in the 1970s, police found 136 former patients who had received such shocks.

Of those, 63 were interviewed, while 37 declined. Thirty-one were dead and five couldn't be found.

The latest police investigation resulted in charges of ill-treatment of children being laid against a former staff member, 90-year-old John Richard Corkran. He has pleaded not guilty and elected trial by jury.

Two other staff members of the Rangitīkei institution, including former lead psychiatrist Dr Selwyn Leeks, who died earlier this year, were considered unfit to stand trial, although there was enough evidence to charge them, police said late last year.

New information about the investigation emerged in a decision of the United Nations committee against torture, which urged the government to compensate former unit patient Malcolm Richards.

Richards was not among the complainants in the Corkran prosecution.

The latest police investigation came after the committee found another former patient, Paul Zentveld, was tortured there. It urged authorities to investigate promptly.

At the Royal Commission of Inquiry into Abuse in State Care last year police apologised for shortcomings in the latter.

The committee's Richards ruling said the latest police investigation began with a review of previous probes, before moving into three phases.

"To ensure independence and impartiality in this exercise, police officers who had previously been involved in investigations about Lake Alice were not used for this investigation."

Statements forming part of civil claims against the government in the early 2000s were reviewed, as were those given to other bodies, such as the Medical Council.

From the statements, police identified 13 former patients who received electric shocks to their genitals or as punishment, interviewing six. Four were dead and three declined to be spoken to.

"The police used detectives who are specially trained in evidential interviewing for sensitive personal crimes to conduct these interviews, so that allegations were more formally and comprehensively recorded."

Police decided not to contact those who had not been involved with previous investigations, including non-police ones, or civil claims, so as not to traumatise them.

They thought publicising the investigation could allow them to come forward. Three former patients did so.

The third phase of the investigation concentrated on Leeks and other staff members as people of interest.

There were 66 former workers identified in the investigation: 37 were dead; 15 were interviewed and two were approached; but weren't well enough to be spoken with.

Police sought advice from a crown solicitor about whether the threshold for prosecution was met for former staff members found to have allegedly acted unlawfully, and whether extraditing Leeks from Australia, where he moved in the late 1970s, was possible.