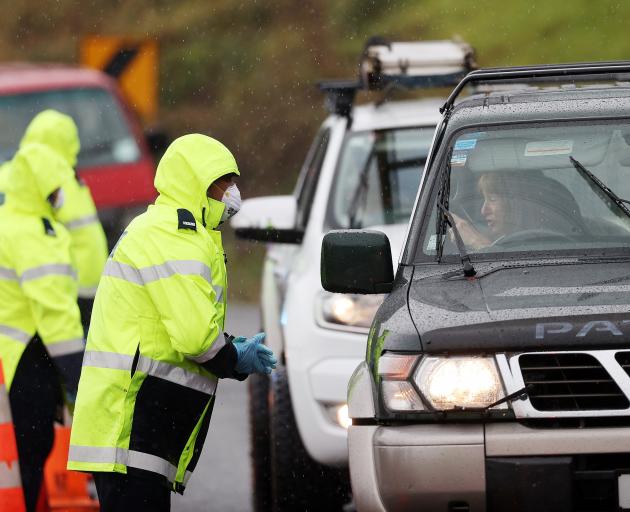 A checkpoint north of Auckland earlier this year. PHOTO: GETTY IMAGES
Police have revealed more details of deliberate breaches of the rules at the Auckland border, including a woman who was caught when shopping was spotted in her vehicle.

Overall compliance levels were still "extremely high", according to police, but there were some isolated incidents.

A woman travelling back into Auckland from Northland yesterday, who had been let through after telling authorities she needed to feed stock, admitted she had broken the rules when police spotted shopping in her car.

In another incident yesterday, a vehicle failed to pull over at the northern State Highway 1 checkpoint and fled north. The driver was later found by police and charges are likely.

In a third example, a driver who had spent the past three weeks in Auckland at a friend's house wanted to travel back to their Northland home, but ignored an order to turn around and continued to drive north.

After being followed by officers, the driver eventually turned back around and went back through the checkpoint.

Police said the actions of these individuals were "incredibly disappointing, while also posing a risk to the wider community".

Earlier today, Director of Public Health Caroline McElnay said most of the current Covid-19 cases are being able to be linked to the existing cases and that reinforced the feeling of optimism that they were getting on top of the outbreak.

"The vast majority of this outbreak has been contained. We're just seeing a small number of cases coming through."