Forest and Bird released a series of maps today which, it claims, shows the majority of rivers and streams won't be covered by any swimmability standard under the Government's proposed new water quality measures. 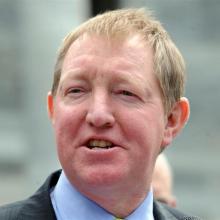 Environment Minister Nick Smith announced the initiative last month and that 72% of New Zealand's waterways were currently "swimmable", according to a standard used in Europe and the United States.

But Forest and Bird says the policy won't catch many passages of water.

"Environment Minister Nick Smith has said that 90 percent of New Zealand's rivers will be swimmable by 2040, but actually the majority of our smaller rivers and streams are excluded from the proposed standards," Kevin Hague, Forest & Bird chief executive said.

"The streams that are not covered by the Government's standards are often the places that are popular with local families. While they may be too small for adults to swim in, they are frequently the safe, slow rivers and stream that are perfect for children to splash about and play in."

There are 450,000kms of mapped streams and rivers in New Zealand, but only 10% (45,000km) are covered under Government's proposed new National Policy Statement on Freshwater.

Only larger rivers must meet the proposed swimmability standard and it will be up to regional councils to set E.coli limits for smaller waterways. E.coli in water comes from animal faeces.

In response to the criticism, the Environment Minister said the proposed policy is not solely about swimmability, but improving freshwater quality as a whole.

He also said the vast majority of small streams will be improved by the requirements to be put on larger bodies of water.

"90 percent of those smaller streams are feeding into one of the water bodies that must be improved," he said.

Dr Smith said he had met with regional councils this week, whose main issue was significant increase monitoring expenses.

"The issue for the public would be is if you want to insist on all of the streams and all of the ponds to be included, you'd substantially drive up their costs as ratepayers for monitoring small water bodies and report on them when in our view the costs could not be justified.

"There may be quite sensible examples, like a small stream on the North Shore, that is popular and used and the regional council is absolutely entitled, and should where it has need, to include that in its monitoring and report to its community."