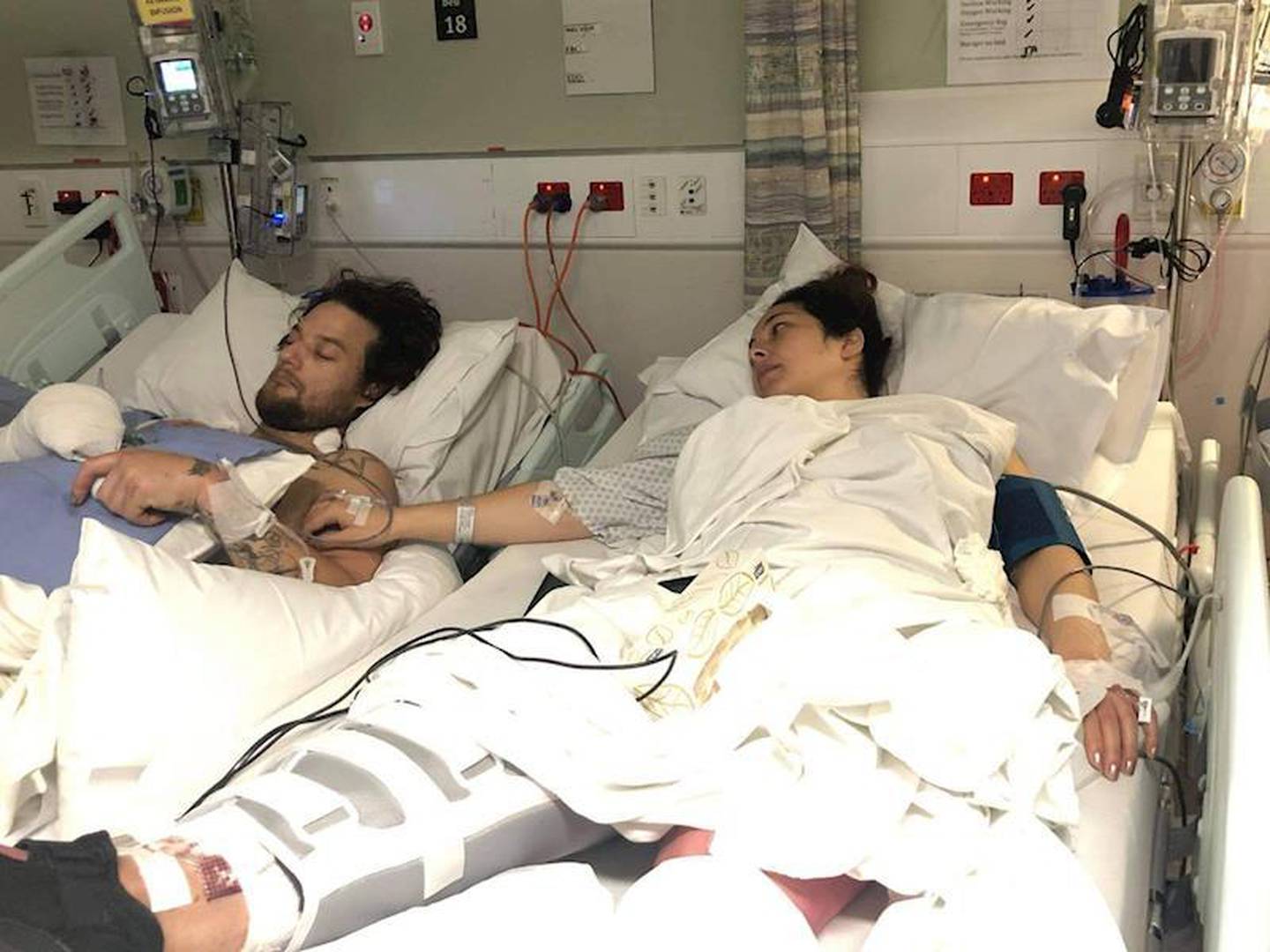 Kendra and Corey were injured after a serious crash on Tuesday. Photo: Givealittle
A pregnant mother has lost her baby after a motorcycle crash with a truck earlier this week and is now facing a lengthy recovery alongside her partner.

A Givealittle has been set up to support Kendra Smith and Corey Thompson following the crash, which took place about 12.45pm on State Highway 1 near Levin on Tuesday.

Thompson has lost a leg and medical staff managed to save an injured arm. Rods have been put in the bone fractures of Smith's leg, and doctors hope it can be saved.

Both are waiting on plastic surgeons to further repair soft tissue injuries and surgeons say their recovery time is looking close to 12 to 18 months long.

"Throughout everything that's happened over the last few days Kendra, Corey and their families have done their best to remain positive, especially for their young families," family friend Ritchie Wards says.

Smith has a young son and Thompson has three daughters. Wards says they are "committed and amazing parents".

"Everyone has a past, but these two have chosen to take a new road and set a good example for their children," Wards said.

"They would do anything to help anyone in need – and sure have over the years in their communities of the Wairarapa and Kapiti Coast."

As a young single mother, Smith took up the reins of the president of the Featherston Rugby Club before she met and fell in love with Thompson.

The pair have been involved with outreach on the Kapiti Coast helping Māori and Pasifika youth of late, Wards says.

Thompson is a painter/plasterer and Smith works in retail and set up a cleaning business recently to support their growing family.

Both were flown to Wellington Hospital, separately, following the serious crash which resulted in the closure of SH1 for a time.