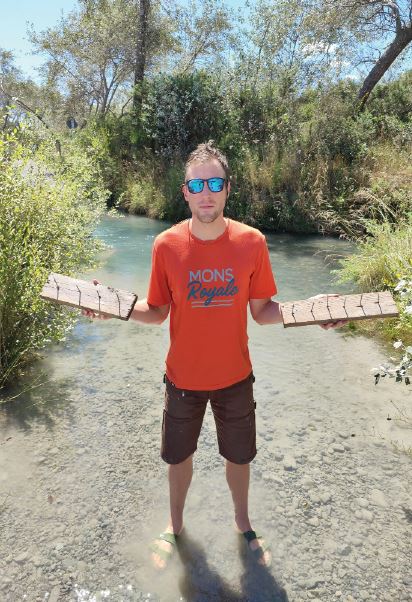 James Owen narrowly avoided injury when his toe scraped up against one of these nails in a wooden board submerged at the edge of a Waimakariri River stream. Photo: Supplied
Sharp nail boards were found partially submerged under shingle in a stream at a popular walking spot near the Waimakariri River inland from Christchurch.

James Owen was walking his friend’s two dogs at a ford at the end of Intake Rd on Sunday morning when he scraped his toe on “something sharp” after taking off his sandals and following the dogs along the water’s edge.

He investigated - and then pulled up a wooden board with several long nails in it.

The board had been sitting on the bottom of the stream floor with the sharp ends of the nails pointing up.

He then found a similar board nearby.

Owen says he was shocked at the find, and grateful the dogs had not stood on them. He was also lucky his own foot had missed pressing down on the sharp nail by millimetres.

"If I had stood on that with force that nail was going into my foot," he said.

Owen immediately removed the boards, fearing others could stand on them.

He said it appeared they may have been deliberately submerged to puncture the tyres of four-wheel-drive vehicles or quad bikes. 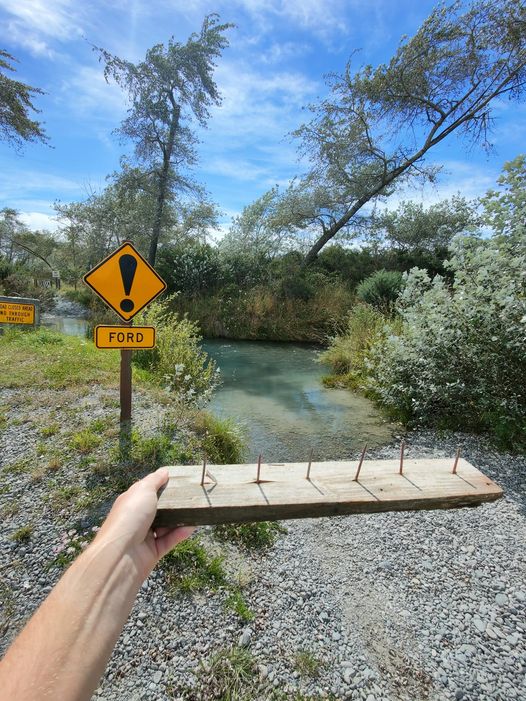 James Owen was walking his friend’s two dogs at a ford at the end of Intake Rd on Sunday morning when he scraped his toe on “something sharp”. Photo: Supplied
However, they were an obvious risk to people and pets at the spot, which is regularly visited by walkers, picnickers and cyclists.

"Imagine if a child had stood on it, because it’s a popular spot."

Owen posted about his find to a West Melton community Facebook group.

Members were appalled, calling the act nasty and sick, and feared what would happen to a child if they stood on the nails.

Owen reported it to police.

There had not been any previous incidents reported.

"Police want to know about any further occurrences of this occurring," she said.