Finance Minister Grant Robertson says there have been nearly 50,000 applications for the small business loan scheme already - a number he expected to grow.

At a Covid-19 update at Parliament this afternoon,  Robertson said the take-up of the small business cashflow scheme has been strong with 49,360 applications received and $824 million has been distributed under the scheme already.

Electricity demand is back at pre-lockdown levels.

"While this remains distressing for those individuals involved, I would note that the rate of increase has continued to slow over the last few weeks."

There are now 43,000 more people on the jobseeker support benefit since March 20.

Robertson added that number of special needs and food grants have decreased in the past week.

Some $10.9 billion has been paid out in the wage subsidy scheme and Robertson said the Government is looking at other ways to support households and businesses coming out of the lockdown. 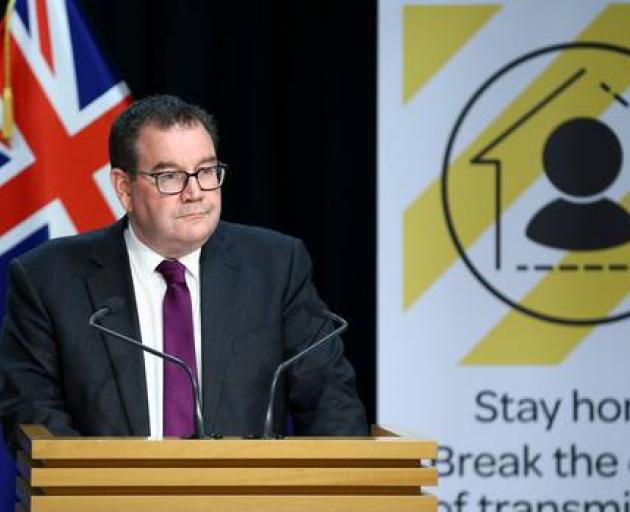 Finance Minister Grant Robertson. Photo: ODT files
During the briefing, Robertson was asked about last night's One NEWS Colmar Brunton poll and how much of that success was down to the policies the Government had enacted during the lockdown.

"I think the main thing here is the success the whole country has had in terms of getting on top of the virus and that has been a genuine team effort of five million New Zealanders. I think the public's very clear about the focus that the government has, that we are focused on both protecting lives and livelihoods, that we've got a focus on growing jobs and keeping people in jobs, and on our economic recovery and rebuild."

"I also think that the strong and clear leadership that the prime minister's shown has been a significant factor in people's confidence as well. So I'd put all those factors together and say that as a country we're doing well and I know that the polls have shown a strong endorsement for the approach taken with the lockdown ... that's something all New Zealanders have bought into and I think those polls are a reflection of that."

Putting his sports minister hat on, Robertson was asked how the Government can guarantee that events such as the America's Cup, Women's Cricket World Cup and Women's Rugby World Cup will be able to be played in New Zealand given current border restrictions and the general Covid-19 outlook.

"We're working towards all of those events taking place and I think that's the best way to do it," he said.

"All of the tournaments and the regatta (America's Cup) organisers have contingency plans in place and obviously we all work towards the goal of them happening, if we have to make changes to formats or the way they're organised then we will do that. Nobody can make any guarantees when it comes to Covid-19, we all know that, the full impact is still being felt but the planning and preparation for those events continues."

He added the Government is 100% committed to the women's Cricket World Cup and Rugby World Cup happening given the financial support it is providing.