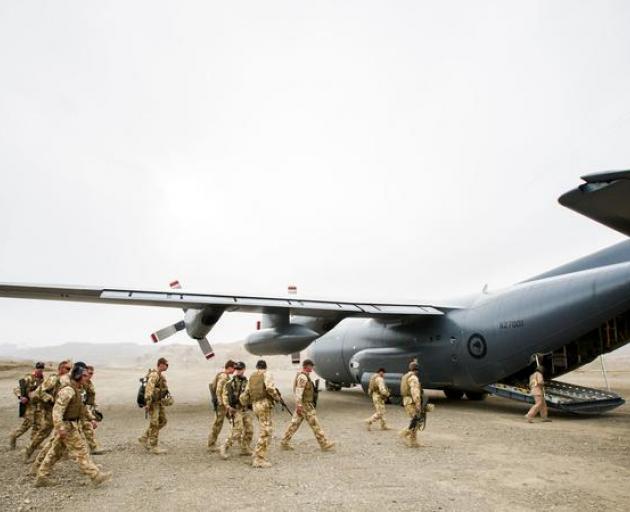 The New Zealand Defence Force is getting a new fleet of Hercules planes, to replace 1960s aircraft. Photo: Supplied / Ministry of Defence
The government is buying more than $1.5 billion worth of new planes for the Defence Force.

The $15.21b project will include a flight simulator for staff training and other supporting infrastructure.

"This fleet will ensure the Defence Force can continue to support New Zealand's community resilience, our national security, our contribution to our Pacific neighbours and the wider global community," Mark said.

The aircraft and simulator are being bought through the United States' foreign military sales process, in a package that includes aircrew and maintainer training.

Mark said this would reduce costs and allow collaboration with other nations on developments.

The new planes will be faster, can travel further and will be fitted with a wide bandwidth, high speed satellite communications system and an electro-optical/infra-red camera, which is expected to be useful on disaster relief and search and rescue missions.

The government spent $2.3 billion to buy new P8 Poseidons to replace the Air Force's ageing Orion planes, which had been in use since the 1960s.

Mark has criticised the previous National-led government for "kicking the can down the road", and said the old fleet of Hercules planes needed to be replaced.

However, last year, the Green Party lashed out at the government's decision to replace the old aircraft, calling the purchase "unnecessary."

Both the 1960s Hercules and Orion fleets have become more expensive to repair. About $360 million was spent over a decade on repairs, according to Official Information Act data supplied to RNZ in 2018.

The first of the new Super Hercules will arrive in 2024, with all five operating a year later.