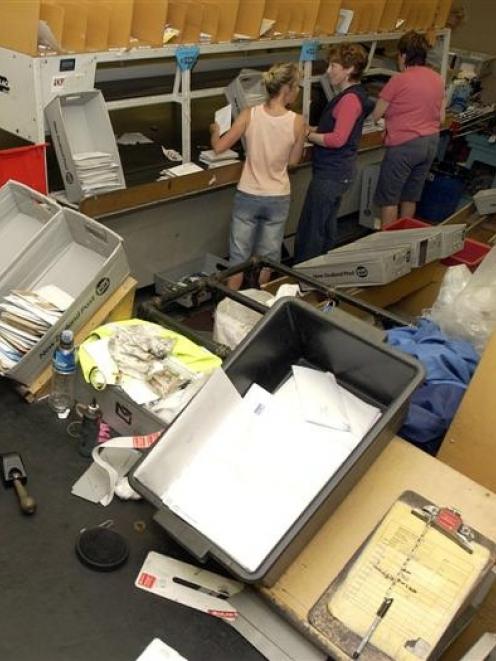 The company last month introduced a "pricing in proportion'' scheme, in which letters and parcels are charged in direct proportion to their size and weight. Items were previously charged by weight alone.

The scheme applies to all standard domestic mail, though the cost of a standard post medium letter remains 50c.

The move has resulted in feedback running hot on websites, as online sellers complain the pricing regime is costing them more to send goods around the country.

One Whakatane feather-selling business said the cost of sending a parcel had nearly tripled since the scheme was introduced.

"Our business has all but ground to a halt since a box that, for the last three years, has cost $4.25 to send anywhere in New Zealand is now costing us $12.50 to send to the South Island, over $10 to send to Auckland and Wellington and more than $6 to send [locally]... No-one wants to spend the same again on shipping that they have paid for their feathers.''

But postal services chief executive Peter Fenton said NZ Post had been forced to review its pricing as more parcels were incapable of being deposited in mailboxes, and instead had to be delivered by courier.

It was the first price rise in 10 years, and about half of all parcels were too big to be delivered by a postie, he said.

The new prices reflected "a courier cost of delivery'', and spiralling fuel prices were a "key driver'' in the new pricing, he said.

But Mr Fenton said the new scheme had resulted in about 30% of parcels become cheaper to post.

Parcels that were "quite large, but very light'' would likely become more expensive. About 2% of parcels fell into that category.

Mr Fenton said the company remained committed to providing "the best possible delivery service, that reflects the time, cost and effort of delivering that item''.