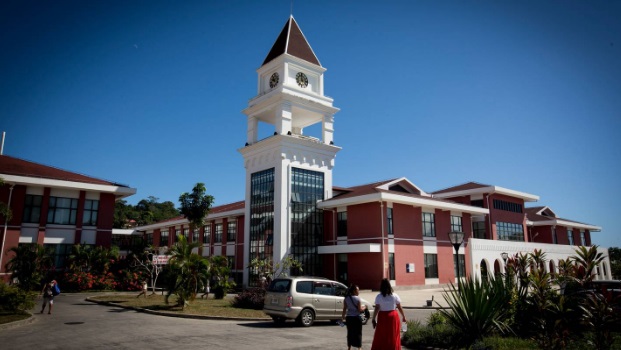 The new case is a man in his 70s who arrived here on November 12, before flying to Samoa the next day.

The information has been released by Samoa's director-general of health, Leausa Toleafoa Dr Take Naseri, at a media conference being streamed online.

Naseri said the man was now in isolation - as was his wife, who had tested negative.

The male patient had underlying health conditions which he took regular medication for.

Other than, Naseri said, the man was not showing any visible symptoms of the virus.

Revelations of a new case come after a sailor who caught a repatriation flight from Auckland on November 13 tested positive for Covid-19 in the island nation last week.

Although another test on the sailor came back negative, Samoa was still treating him as a positive case.

Speaking in Samoan, Naseri said they were still working to figure out exactly where the latest case may have become infected.

Asked whether there was a possibility the man in his 70s may have caught Covid-19 from the first positive case, Naseri acknowledged that did not seem likely.

The sailor was seated in row 59, Naseri said, while the older man was in row 49.

"We don't know if [he picked it up] from Melbourne or New Zealand," Naseri said.

"This case - it's not easy as he has [other health conditions]."

The older man and his wife are now in isolation at the country's main hospital, Tupua Tamasese Meaole Hospital at Moto'otua, near Apia.

The sailor and a close contact of his remain in isolation at the same hospital.

Naseri said the two positive cases and their close contacts would stay in isolation at the hospital.

Health authorities were, however, poised to make changes if more cases were identified, he said.

Up to 274 passengers were on board the Air New Zealand flight that flew from Auckland to Samoa on Friday, November 13.

Two other repatriation flights from Auckland are due to fly to Samoa next Friday and the week after that on Friday, December 11.

There have been no new changes to those flights at this stage.