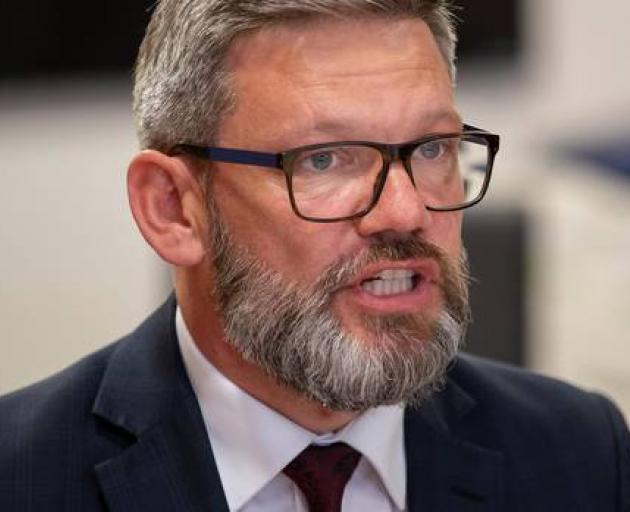 Immigration Minister Iain Lees-Galloway has announced the Government's response to an outcry from the Indian community over partnership visa rules. Photo: NZ Herald
The Government is introducing a new system for foreigners in arranged marriages to make it easier for those in genuine partnerships to apply for partnership visas.

It will mean that spouses in such partnerships can apply for a special culturally-arranged visitor visa, which will then allow them to prove the integrity of the partnership before applying for a partnership visa.

"Once they are here, the visitor period will help demonstrate the genuine and stable nature of their relationship in order to get a partnership visa," Immigration Minister Iain Lees-Galloway said in announcing the new process today.

Safeguards will be put in place to prevent the system being rorted by so-called mail-order brides, including ensuring that the arranged marriage wasn't facilitated by one of the people getting married.

"An immigration officer must be satisfied that the marriage ceremony genuinely occurred and followed an identified cultural tradition, and there is a genuine intent to live together," Lees-Galloway said.

About 1200 visas had been declined since Immigration NZ made changes in May, and Lees-Galloway said he was "very sorry" for any unjust pain that had caused.

Those who had visas declined since May will be contacted by Immigration New Zealand in the next two weeks and their cases will be reassessed. Those who meet the new criteria will have reapplication fees waived.

The issue of partnership visas has been a thorn in the Government's side, after changes to the system made it harder for spouses in arranged marriages to obtain the visas.

A decision to apply the rules more rigidly - including the requirement for couples to have lived together for 12 months - led to an outcry from the Indian community, with some tearing up their Labour Party loyalties.

This led to provocative comments from New Zealand First MP Shane Jones, who said that people who didn't like the rules could leave the country, while party leader Winston Peters initially claimed credit for the new interpretation of the rules.

But he quickly backtracked last week when Prime Minister Jacinda Ardern said there had been no Cabinet or ministerial directives about partnership visas, and that Immigration NZ had made the changes on its own.

And she wanted them reversed.

Lees-Galloway said he had had stern words with Immigration NZ, which should have told him about the changes under the 'no surprises' policy.

He did not know whether New Zealand First was told of the changes before he was told, and would not say whether that would concern him.

According to Immigration NZ figures, 10 out of 87 applications for culturally-arranged marriage visas had been approved as of the end of August.

But in the previous four years - when discretion was more commonly used - more than half were approved.

• Those who have a culturally arranged marriage to a New Zealand resident or citizen can apply for a three-month culturally-arranged visitor's visa.

• The visa will have strict criteria to ensure only legitimate arranged marriages are approved and to stop so called mail-order brides and other potential rorts.

• Once the partner has been living in New Zealand with their spouse, they can begin the process to apply for a partnership visa while proving the legitimate nature of their nuptials. 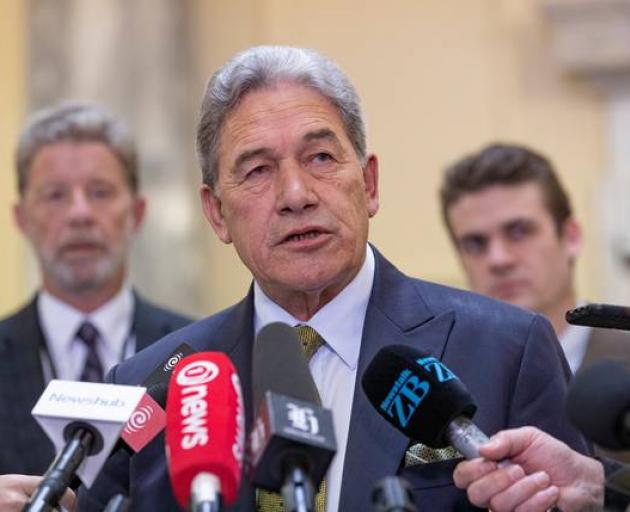 Peters had told RNZ last month that arranged marriages were not real partnerships.

"It's clear as daylight - they're not partners - full stop," he said at the time.

Asked by RNZ about NZ First's influence in how the partnership visa rules were being applied, Peters said: "Has New Zealand First had an influence on trying to tidy up the quality of information on which the immigration department relies? The answer is profoundly yes."

But after Ardern's intervention last week, he changed his tune and said the change to partnership visas was not down to New Zealand First.

Today Peters said he was comfortable with his previous statements.

"The criteria wasn't clear so they're going to have clarity and apply it fairly across all the applicants. That's precisely what I said on day one. And that's what you're seeing now."

Jones had previously told RNZ that people had "no legitimate expectations, in my view, to bring your whole village to New Zealand".

His comments were labelled racist, which Jones later called a "Bollywood overreaction".

Jones rejected any suggestion that his comments were racist and said he would continue to push immigration issues, which would appeal to voters.

"My issue at all times was really what quality, what blend and what talent do we want our migrant community to bring to New Zealand. I'm on incredibly fertile ground for the party I represent."