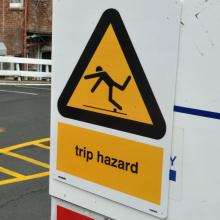 So far this year 43 people have been killed in workplace accidents. That is the same number for all of 2015.

New workplace health and safety rules came into effect on April 4, as a response to the Pike River mine tragedy in 2010, in which 29 men died.

It was watered down after objections in the National caucus, and businesses with fewer than 20 workers do not now need health and safety representatives.

But businesses deemed high risk need to have safety representatives, regardless of size.

Controversially, dairy, sheep and beef farming were not classified as ``high risk'' industries, despite having had a high number of fatalities in the past five years.

That meant farms do not need to have health and safety representatives.

Workplace Relations Minister Michael Woodhouse faced ridicule last year when it emerged worm farming and lavender farming were on a draft list of high risk industries. When categories were later confirmed, they were not high risk.

``We always said that the agriculture sector should never have been exempted from the regulations.

``Agriculture continues to be the sector with the largest number of deaths since the law change in April - with 44 per cent of the total deaths recorded between May and the end of September.''