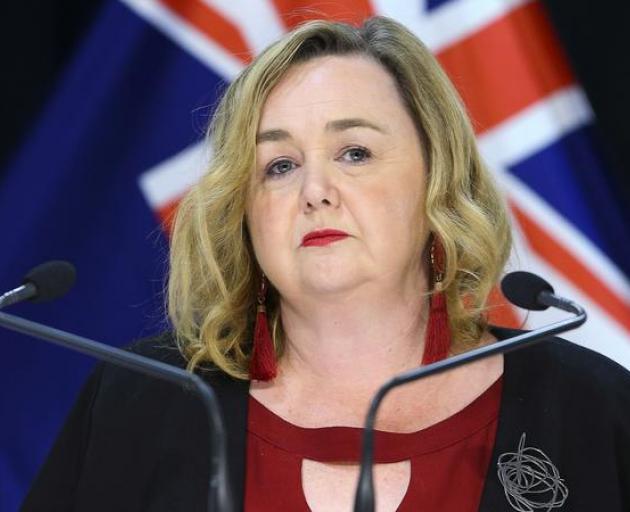 Energy and Resources Minister Megan Woods: "I do not want households to be put in this situation again".
An investigation has revealed there was no need for power cuts that left more than 34,000 households without electricity on one of the coldest nights of the year.

On the night of August 9 this year electricity demand reached an all-time high and, combined with insufficient generation,  resulted in blackouts to some parts of the country as power distributors responded to Transpower's demand to reduce the burden on the national grid.

None were warned that they would be without power, on a night which saw many cities head towards, or below, zero degrees.

Energy and Resources Minister Megan Woods said a report into the incident, published today, showed there was enough discretionary load to keep the lights on.

It found Transpower could not see the extent of that discretionary load and the Electricity Authority must review and strengthen its oversight of the operator.

Both agencies were asked to consider the report's 18 recommendations and provide quarterly updates to Woods on their progress.

"I do not want households to be put in this situation again," Woods said in a statement today.

"Kiwis deserve more. By implementing the report's 18 recommendations I believe we will be better placed in future.

"It is also clear that the market requires much greater demand side participation if greater electrification and decarbonisation is to happen. In future, better use of hot water control, known as ripple control, and other technologies are likely to be key to this.

"The investigation's other findings included praise for the way system operator staff acted during a challenging evening, and for the responsiveness of electricity distribution businesses to the event."

The report drew on data from Transpower and the Electricity Authority and as part of the investigation, 25 interviews were conducted with a range of market participants and key stakeholders.

Mercury chief executive Vince Hawksworth said the report clearly called out issues with communication and the recommendations were sensible.

"The sector communication processes didn't work very well and I think the report highlights that with a few slightly different settings we wouldn't have had the issue of the customers being without power that evening."

He said increasing the percentage of renewable energy options was also a critical task for the industry.

"I think what we need to do as an industry is to continue to look at how these things can be avoided as we transition to 100 percent clean energy in the future; that decarbonisation challenge is a very important one."

A spokesperson for Genesis Energy said everyone wanted a national electricity system that was reliable and provided security of supply for all.

The inquiry was headed by former Cabinet minister Pete Hodgson, who was assisted by specialist technical advisor Erik Westergaard.