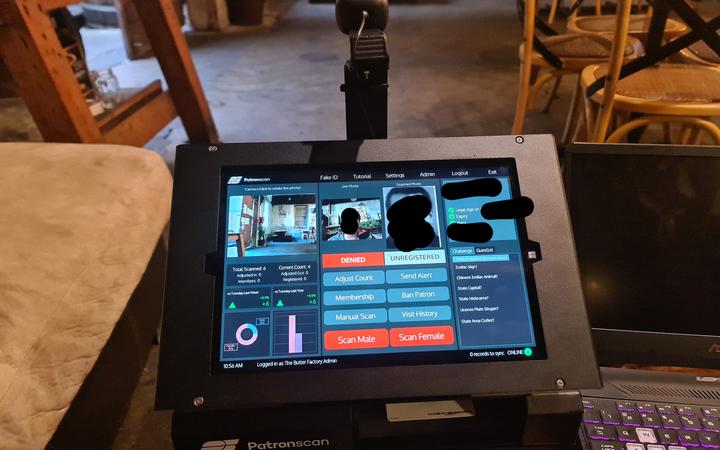 Whangārei bar The Butter Factory owner Luke Revell says the Patronscan system will be used on nights deemed to be "high risk". Photo: Supplied
A rise in violence and racial abuse has led a Northland publican to photograph punters and scan their IDs, or they won't be allowed a pint.

The Patronscan technology is increasingly common overseas and in Australia, and more bars and nightclubs here are looking to similar systems to make their venues safer.

But a digital privacy expert fears that with essentially no laws governing their use, they are open to abuse.

Whangārei bar The Butter Factory owner Luke Revell said violence towards his staff and patrons had been escalating in recent months.

He said his staff had been subjected to racial abuse.

"It's aimed towards our security contractors out front. I've been witness to multiple times, people calling [them] the n-word."

But it was the shocking death of a young man out on the town in a street brawl in the Northland city last week - an event Luke personally witnessed - that spurred him to act.

He had previously bought the Patronscan system - and it will now get its first run this weekend - after a fellow publican told him violence and other incidents had halved on the nights they use it.

Revell said he would use it on nights deemed to be "high risk" - when there were events that attracted a younger crowd.

Affectionately dubbed 'Stan the Scanner' - patrons will have their photos taken and IDs scanned.

The machine checks the IDs are real, that punters are 18 and over, and whether they have been banned or flagged for bad behaviour.

People who refuse to have their ID scanned will not be allowed onto the premises.

Set-up costs for the machines are in the thousands, and they cost $700 a month after that.

Revell said the information could be held for up to 90 days - but he has it set to delete it after just two as a concession to punters with privacy worries.

"It's really a trade off. Do you want to just give up that little piece of information, that'll be stored securely for 48 hours only, and you know, have a greater sense of safety in a bar or a venue?

"But to be honest... I could probably find more information on anybody within five minutes online rather than what I've got [from] their driver's licence."

Revell said only he could access the information, although there was an option to allow police into it too.

However, he said police could not search what patrons had been at the bar - only those who had been flagged or banned.

The system allows other bars with the technology to share information - so if a troublemaker gets turfed out or banned in one establishment, others can follow suit. 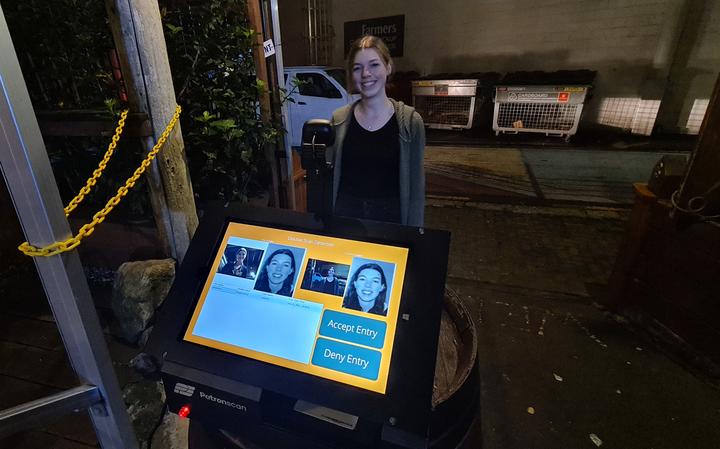 Matt McLaughlin, who owns a number of bars and nightclubs in Wellington, said he expected the technology to become widespread.

He said being able to share information was a big bonus - stopping people booted from one venue from wandering up the street and causing problems in another.

"Having something like Patronscan means that if we do see any issues of violence or sexual assault or vandalism ... we're able to look back and try and figure out exactly who these people are.

Digital technology expert Andrew Chen said there was no process for what a person could do if they found themselves mistakenly blacklisted from every pub in town - or if they had been maliciously flagged by a publican or bouncer.

"There is a word for it, which is Kafkaesque," Dr Chen said.

"Essentially because people don't necessarily have the right to appeal, or there may be a way to appeal but it is not clear how that might be exercised."

Dr Chen said there were essentially no laws covering this type of technology - besides the most basic privacy rules around consent, and that information was collected and used for a specific purpose, and that it was deleted when no longer needed.

He said it was hard enough to establish meaningful consent at the best of times, let alone when alcohol was involved.

"A simple privacy statement that is shown at the entrance is actually insufficient for people to genuinely understand what rights they're giving up in order to enter the premises.

"And so even if you're sober, I would question whether or not that was genuine consent."

Dr Chen said while the system might not use facial recognition software now, it almost certainly would become available as the technology improved.

He said it would likely take people being harmed by an error with the technology, and challenging it in the courts, before rules were established.