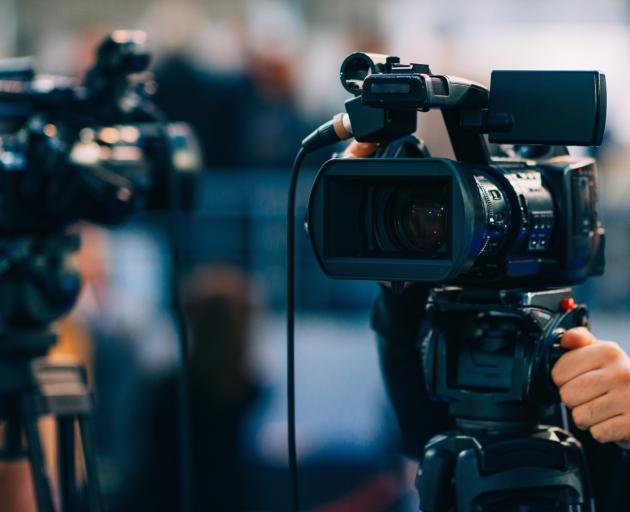 A "discovery process" is underway. Photo: Getty Images
The school that trains New Zealand's top broadcasters has launched an external review after an "incident" at the tertiary provider.

New Zealand Broadcasting School, which is part of the Ara Institute of Canterbury, is a highly sought-after media training ground with famous alumni including Mike McRoberts, Clarke Gayford and Megan Papas.

When asked about allegations of poor handling of sexual assault complaints and why an external review was under way, Ara chief executive Darren Mitchell said it was launched after an alleged "incident" that occurred at the tertiary provider.

The alleged incident, which he did not go into more detail on, caused concern and "added to some of that anxiety for our learners", he said.

The alleged incident did not involve a staff member, he said.

"What we wanted to do as an organisation is make sure that our school, New Zealand Broadcasting School, had the best environment possible to support our learners. So the right culture, the right process, the right procedures."

Ara's review follows MediaWorks releasing a report that detailed alleged sexual assaults, harassment, and a "boys club" culture at the company, which owns radio stations and ran TV3 until its sale to Discovery last year.

The MediaWorks report - written by lawyer Maria Dew - also recommended there should be a senior and experienced recruiter dedicated to leading and managing all recruitment including the intern recruitment and relationships with all the radio broadcasting schools.

Mitchell said the Dew report influenced Ara's decision to launch the "discovery process" but said the organisation had received no reports of interns being sexually harassed during their internships in the Dew inquiry.

Head of Ara's creative industries Hazel Barrer also confirmed the school was undertaking a "discovery process" and an external consultant had been engaged to complete the work.

One former broadcasting intern told the Herald he was sexually harassed a few years ago on an internship but didn't tell the school as he "wouldn't even know where to go".

He said sexual harassment wasn't even discussed prior to the internships, and once you were on them you were "on your own".

Earlier this year the social media page Beneath the Glass Ceiling NZ shared an anonymous testimony from someone who said they were a former student.

In the post, the person outlined alleged harassment they experienced while on a broadcasting school internship in their final essay and claimed they were told by a tutor it was a shame they experienced it, but it was a good introduction to the industry.

Shortly after this, the head of school sent an email to students encouraging them to contact the school immediately if they were experiencing harassment or bullying during their internship.

"Don't keep it to yourself. We will also (with your permission) take steps to work with the organisation involved."

Mitchell said the Beneath the Glass Ceiling site is "regularly monitored" by a team at Ara, and if anything on there may potentially be connected to the school it is followed up.

"We also have formal process and procedures around the lodging and management of complaints, and learners are advised of what those processes and procedures are if they wish to make a formal complaint. And Ara would very much support any learner to go through that process."

He told the Herald they have a "learner placement agreement" which sets out the responsibility of all parties which is signed off before students go into workplaces.

Barrer said the current "discovery process" was instigated to ensure that the school has the right culture, practices, policies, and processes to support students in their chosen career path.

"It is also timely given recent negative reports around the culture within parts of the media environment in New Zealand, contributing to anxiety for some learners preparing to enter the industry."

She told the Herald the outcome of this process will help them identify any areas of concern or that are in need of improvement.

"Both learners and staff will be part of the discovery process."

In addition, Barrer said the school recently invited the chief executive of Mediaworks to speak with their students and outline actions they are taking to address issues within their business.

"Both these initiatives will assist Ara, and the Broadcasting School, to ensure our learners and staff have the best environment in which to thrive and to provide future leadership within the sector."

Mitchell said the "discovery process" was not about one individual, or about looking back, but was about ensuring that it had the right environment in the school today.

This process is also limited to the broadcasting school, he said, and does not encompass the rest of the school.

SEXUAL HARM - DO YOU NEED HELP?
If it's an emergency and you feel that you or someone else is at risk, call 111.
If you've ever experienced sexual assault or abuse and need to talk to someone contact the Safe to Talk confidential crisis helpline on:
• Text 4334 and they will respond
• Email support@safetotalk.nz
• Visit https://safetotalk.nz/contact-us/ for an online chat 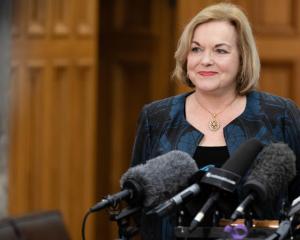