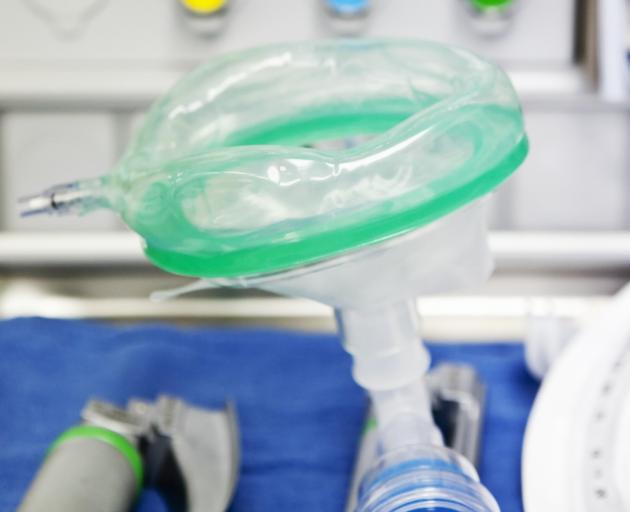 Photo: Getty Images
New Zealand has been able to procure a "large number" of ventilators from international suppliers, even as global demand for the life-saving machines is soaring.

At present there are 533 fully staffed ventilator beds in public hospitals and about another 250 in private facilities.

Health Minister David Clark told Morning Report he expected the ventilators to be on stream within the next month.

A small number were ordered before the coronavirus pandemic, he said.

Andrew Stapleton, an intensive care doctor who has been helping lead the search, said the country had tapped trading partners and used "wiliness" to source the machines.

"I'm as pleased as I have been for quite some time," Stapleton said. "Very relieved, too. "

Dr Stapleton is part of the Australian and New Zealand Intensive Care Society Covid-19 working group and has been advising the Ministry of Health in its search for the life-saving machines.

"I know for example, there's some mega orders going in from Europe for 10,000 at the time and we are doing our best to get our hands on what we need for New Zealand", Stapleton said.

He would not reveal how many machines they had ordered, saying the Government would announce this shortly, though he mentioned a "large amount".

Director-General of Health Ashley Bloomfield said yesterday additional machines had been ordered from overseas but did not give numbers.

Public and private hospitals have about 750 ventilators between them.

Doctors have warned if Covid-19 pushes up demand so that 3000-4000 patients need ICU treatment at any one time, current capacity would be overwhelmed.

Globally, demand for ventilators is rampant.

Stapleton said there were attempts at raising prices but New Zealand hadn't particularly encountered that problem.

"The main problem is getting your hands on them at all," he said.

"When large blocks of nations are placing orders for 10,000 at a time to the order of $650m it's a pretty competitive place to be. My understanding is the European Union has placed a block order for that much."

Britain is trying to triple its ventilator numbers to 26,000, while the US is trying to buy 100,000 - or the world's entire production for a year.

"And a little bit of wiliness involved as well."

DHBs were also negotiating nationwide with private hospitals to either take their urgent elective surgery cases to free up space for Covid-19 patients, or, less commonly, take all the Covid-19 patients.

The lighter load of elective surgery had given them time to build a pandemic workforce, Stapleton said.

However, nurses who are being called on to train in how to use the ventilators are feeling pressured, according to Kerri Nuku of the Nurses Organisation union.

"We've got nurses and others that are being brought in to train to use the ventilators, so we could have as many ventilators as the government can afford, and from what I'm hearing from staff, the pressure to train to manage these ventilators is overwhelming in an unreasonable way."

She earlier called for a comprehensive care package for all health workers, including increased pandemic overtime pay for nurses, but had not had a government response.

"We've already got a workforce that has been largely stressed and burnt out. And now they're rising to the occasion to come and deal with this.

"We've got people that are reluctant to maybe dig deep next time."

"There's not that many of them on a good day and to then ask them to go further, is a big stress on them and I have all the sympathy for them.

"I think in a pandemic all of us has to move to do extraordinary things.

"And I know that we can rely on them to do the same."