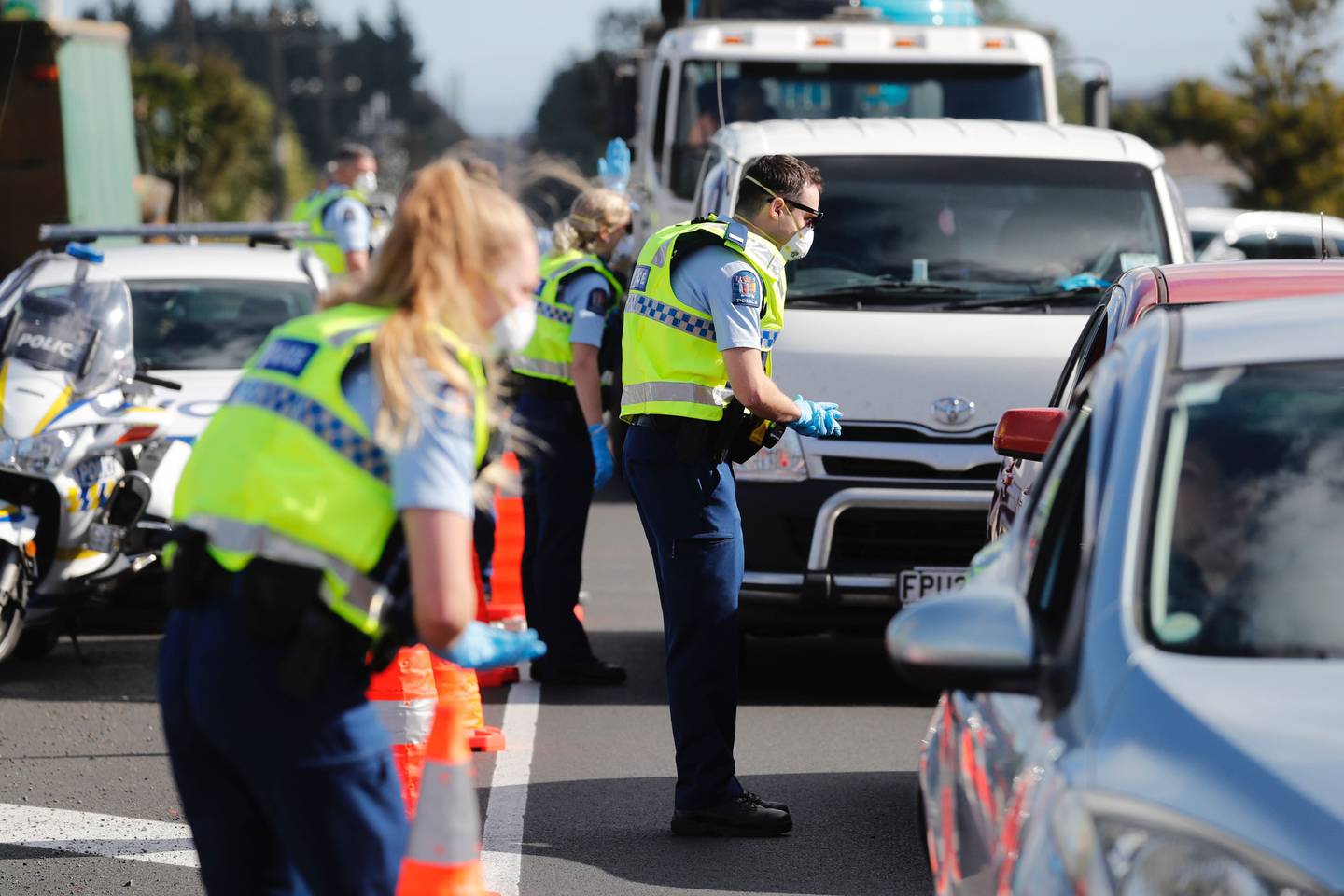 Police speak to motorists on the southern motorway at Bombay near Auckland after setting up checkpoints to ensure people weren't fleeing to their holiday homes yesterday. Photo: NZ Herald
Police have increased their presence in Thames-Coromandel after a big influx of Aucklanders fleeing the city's level 3 lockdown.

Meanwhile, a Waikato officer is in self isolation after pulling over a member of the South Auckland family who tested positive for Covid-19 this week.

A police spokeswoman said the officer came into contact with the family members during a routine traffic stop at Karāpiro , near Cambridge, about 10am on August 11.

"The officer is self-isolating for 14 days as a precaution and will be tested throughout that time."

Mayors in popular holiday spots have noticed an obvious increase in the number of people in their patch; Thames-Coromandel Mayor Sandra Goudie describes her area as "humming", while Ruapehū Mayor Don Cameron said there were a lot more people around.

Far North Mayor John Carter is urging people to respect their local community and only visit if they're not showing any signs of illness.

Police yesterday set up roadblocks north and south of Auckland on several arterial routes, stopping people to ensure they were only leaving for legitimate reasons.

Traffic was heavy but there weren't any reports of any significant crashes.

Goudie earlier told the Herald she hoped those heading to her patch would heed Prime Minister Jacinda Ardern's advice and keep up their personal hygiene.

She also hoped people didn't bring it with them given the Coromandel had the highest over-65 population in the country.

Today, she told the Herald district was now a hive of activity and busy like a public holiday.

She'd been told police had seen a big increase in Aucklanders leaving for the Thames-Coromandel area yesterday.

Given that influx, police would now be looking to increase staff on the peninsula.

"The police are gearing up because of the influx of people. They're actually putting more bobbies on the beat."

She said iwi were also in consultation with all developments which would also cover off any movement to higher alert levels as well as testing for Covid-19 in the community.

The Herald has also learned that a Waikato police officer is now in self-isolation after pulling over a vehicle being driven by a member of the Auckland family who has tested positive for coronavirus.

Police are understood to now be working with the Ministry of Health in determining where else the vehicle stopped on its journey.

The Herald has put questions to police about the officer and staffing in the Coromandel.