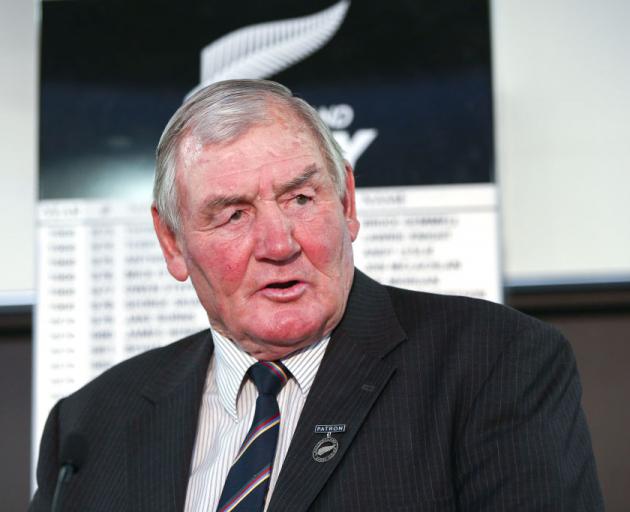 Lochore passed away on Saturday after a battle with bowel cancer. He was 78.

He played 68 matches and 25 tests for New Zealand at No 8 and lock from 1964 to 1971, and was the second All Black to be knighted after Sir Wilson Whineray.

Parliament paid tribute to Lochore today, with Prime Minister Jacinda Ardern saying he was “the quintessential New Zealand sportsman and he will be dearly missed”.

“Sir Brian is one of the most admired figures in New Zealand and world rugby, having achieved fame and respect as a player, captain, and later as a coach, manager and selector."

She noted his captaincy in the All Blacks 4-0 win over the Lions in 1966 and the undefeated season the following year through 24 games.

“But what’s more impressive is how far his reach extended beyond rugby. The many national and community roles he held include former chairman of the Hillary Commission for sport.

“Despite his extraordinary achievements, he remained a very humble man who was proud of his farming and rural upbringing. He was also well known for offering a helping hand to many people in community groups in need, both on and off the rugby field.”

National leader Simon Bridges called Lochore an inspirational legend who led the All Blacks through “a golden period of All Blacks rugby”.

“He had the respect of his teammates and was a tremendous motivator. He was a tough man, but he was also very fair. He demanded the best from himself and expected others to follow.”

“Sir Brian forged that link between rugby and this nation in so many ways, in his work at the grass roots of rugby, his lasting support and contribution to organisations such as the land conservation group the Queen Elizabeth Trust, or his decades of dedicated service in the Wairarapa and Masterton.”

Green Party co-leader Marama Davidson remembered how Lochore coached the All Blacks to win the inaugural Rugby World Cup in 1987.

“I remember watching that team. That was when I fell in love with our All Black team, right back then.”

She also noted his conservation work in protecting land for biodiversity and asking for reluctant farmers to be sent his way to be convinced.

“A giant in rugby, a giant in conservation, a giant in being a kind man that people remember fondly,” Davidson said.

Lochore will be farewelled in a funeral service held at his home ground in Masterton on Thursday.

He is survived by Pam, their children David, Joanne and Sandra, and their eight grandchildren.