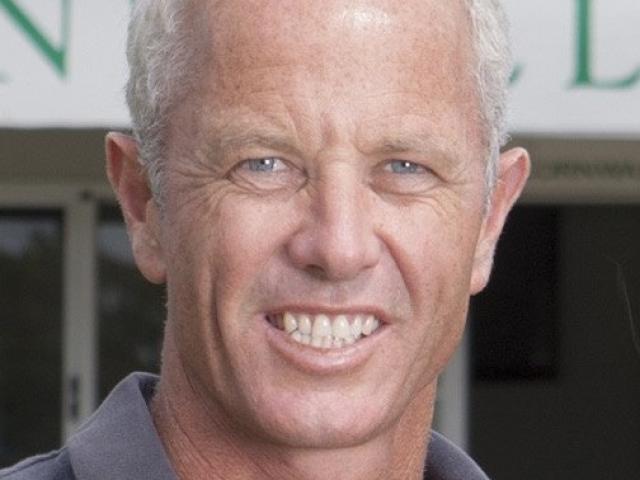 Richardson described Peters' remark as "heartless and classless" this morning.

"Yes, after hearing your comments, your heartless and classless revelling, Your Right Honourable Sir, I sort of thought, you know what, if this is the type of person I'd have to be to enjoy longevity in politics then I want no part of it," Richardson wrote.

Richardson acknowledged that Peters had pointed out there were "some'' good people employed at Three.

But he guessed that those few good people must not be the ones challenging Peters.

"[The ones] who don't do their jobs, the ones who you've been able to cowardly bully into submission with your constant threat of legal action when challenged.''

Richardson referred to the veteran politician as "Winnie'' and rebuked him for his comments.

"You know what, Winnie? Sorry - your right honourable good sir Mr Peters. I'd rather endure a Labour-Green Government governing alone than another minute of you holding my country selflishly to ransom.

"I don't know if I could say the same about you''.

Peters twisted the knife over MediaWorks' sale of its television division, as he railed against the media in front of party members at NZ First's annual conference at the weekend.

Opening the event with a speech that also criticised the National Party at length, and bragged about stopping plans for a capital gains tax, Peters took a dig at the media, saying it had written his party off in the past.

"It was announced yesterday certain sections of them are going and are they shocked?" he said to a cheer from some in the crowd and an "aw" from others.

Afterwards, Peters denied making light of the situation, but agreed when he was asked whether he thought it was good some people could lose their jobs.

"All I'm saying is that when you are in the position of MediaWorks, maybe you should have had a better understand of the economic environment in which you're operating," Peters told reporters.

"There are some superb people who work for MediaWorks but I won't tell you who they are."

Winston Peters has bitten back, saying he stands by his "good riddance" comment - and calling out Richardson as "gutless".

Speaking to media this morning, Peters directly addressed Richardson's comments and called The AM Show presenter "spineless" and "gutless".

"I feel like I have been mauled by a lamb," he said, after asking media after 14 minutes of questions why they hadn't asked about his comments about MediaWorks.

"I feel seriously sorry for all those people who work for MediaWorks - I really do," Peters said.

"I feel sorry for them, but also sorry for their husbands and wives," he said, adding that many of them probably have mortgages they have to pay.

But then he changed tact.

"That said, I can remember them [Newshub] pillorying me for five months before the 2008 election.

"And as my staff members were crying about where they were going on Monday... [Newshub] (TV3 at the time) couldn't give a Tinker's damn."

After the 2008 election, NZ First did not win enough votes to return to Parliament.

Peters said he did not criticise all of MediaWorks staff when he said "good riddance" - "what I said was, for the odd one, it was 'good riddance'."

It appears he was referring to Richardson as "the odd one" as he referenced a time recently when The AM Show presenter cast a "serious slur" on his health after he said Peters had finished an interview on the show.

He called Richardson "spineless, gutless" for not putting questions about Peters' health to him when he was on air.

"My answer to Mr Flash White Teeth is: I couldn't give a rat's derriere what you think."

This is not the first time Peters and Richardson have clashed.

Peters lodged defamation proceedings against MediaWorks after Richardson likened him to pus on The AM Show.

"I'm not going to have people defaming me in this campaign: I was on The AM Show, the guy likened me to white pus and cancer cells and what have you, and I thought, 'Sorry, I'm not taking that, I'm suing you' - it's all filed," Peters told Newshub in August 2017.

"You know what, Winnie? Sorry - your right honourable good sir Mr Peters. I'd rather endure a Labour-Green Government governing alone than another minute of you holding my country selflishly to ransom", I would rather watch a tv3 that doesn't include your mindless drivel, what are you anyway?, a failed cricketer with delusions of grandeur.

It is Hoskings & Richardson (as Nat party spokesmen) who are sowing seeds of doubt in the public at the mo.
When the Nats were doing dumb things & cutting back on things & borrowing a few years ago, there those 2 were talking up positivety. Now both are so negative it is boring.
I feel sorry for people losing jobs but that sympathy would not extend to Hosking & Richardson. NZ would be better off without their excessively paid drivel, that sadly many accept.

Well put. I am not sure we will be worse off minus Newshub as their genuinely insightful and tough investigative reporters were kicked to the curb in favor of sensationalists like Richardson and even Duncan Garner at times. Remember what they did to John Campbell?