PM hopes for Cooks travel bubble by end of year

1 Comment
Prime Minister Jacinda Ardern hopes a travel bubble with the Cook Islands will be up and running before the end of this year.

Cabinet met this morning to discuss the draft agreement, which isn't far from completion.

Ms Ardern says the agreement will be verified by officials in the next 10 days.

She says there's no timeframe for the travel bubble, but they expect it to be up and running by the end of the year.

"We haven't wanted to give dates beyond that while we're still undertaking that verification work. And that's on both sides, both the Cooks Islands and New Zealand," she told reporters.

Business groups and some Pacific countries, including the Cook Islands, have been urging the New Zealand government to open travel with some parts of the region.

She told morning media this morning there had been progress made and didn't consider there to be any significant hold-ups.

"It's unlikely that we'll be giving dates, but a progress report on what the next steps are, and that will give a bit of a sense of how far things feel away," Ardern told the AM Show.

Last week Auckland Airport said it would be ready to operate the travel bubble with a safe travel zone.

"In 14 days' time, if we got a flight from Rarotonga it would have a whole pier at the airport to itself and it will have 10 air-bridges to pull up at," said Auckland Airport's Mick Cottrell.

Cottrell said the airport could separate passengers from Covid-free countries and those arriving into quarantine.

The Cook Islands Chamber of Commerce said the country risked losing many young people to New Zealand if a safe travel corridor was not opened soon.

Chamber president Fletcher Melvin said tourism accounted for 85 percent of the Cook Islands GDP last year, an industry that had evaporated with the arrival of the Covid-19 pandemic.

Melvin said if a travel bubble didn't open soon, young people would look to New Zealand for their future.

"We're going to have a lot of school leavers coming out of school that won't have employment opportunities and that's going to put a lot of stress on the system.

"That's one of the key areas that we are worried about, about losing our youth when the borders open," he said. 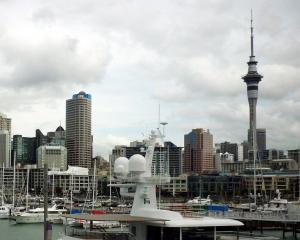 Latest Covid cluster 'tied up': Will Auckland move to Level 1?

If the Cook's never had a case, and we are free of it, then the only reason for not allowing us to go is; 'to control the sheeple' or incompetence on behalf of the government. You decide.