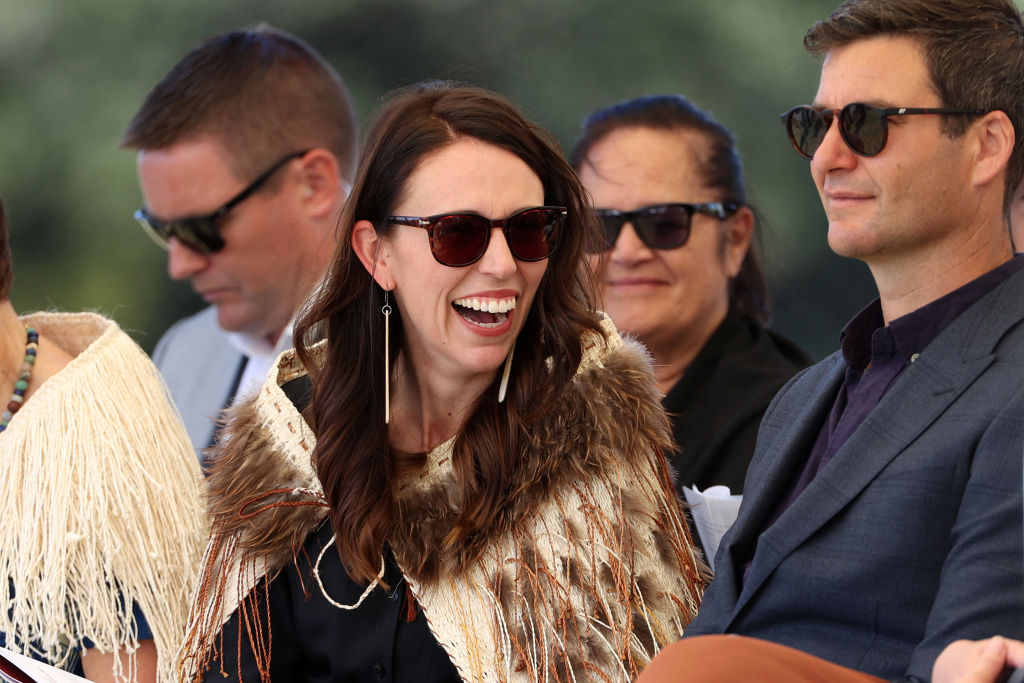 Jacinda Ardern and Clarke Gayford at Ruapekapeka Pa in Waitangi earlier this year. Photo: Getty
Ever since Prime Minister Jacinda Ardern first announced her engagement to Clarke Gayford, Kiwis have been speculating as to who will design her wedding dress.

Will it be wedding dress designer to the stars Trish Peng or perhaps Ardern's go-to dresser Juliette Hogan?

And while she remained tight-lipped on the wedding date itself, Ardern revealed a few more details about the big day to Fletch, Vaughan and Megan on ZM this morning.

Speaking to the radio hosts, who asked if she knew what she was going to wear on the big day, she told them, "I don't have it yet, if that's what you mean."

And she revealed that while she hasn't yet picked it out, she knows what she wants her dream dress to look like.

"I have an idea in my head ... I probably need to do something about that," she said.

Ardern also told Jono and Ben on The Hits this morning that she was struggling to choose which members of Parliament to include on her invite list.

"This is actually a real-life dilemma, I have a lot of colleagues," she joked.

Earlier this month, she revealed when the wedding will take place.

She told Coast radio hosts Sam Wallace, Toni Street and Jason Reeves that she and Gayford have "finally got a date".

"That doesn't mean we've told anyone yet, so I feel like we should probably put some invites out," she revealed.

And although she wouldn't be drawn on the exact date of the wedding, she shared that it will take place this summer.

But she might not be celebrating the traditional way, admitting she "feels a bit too old to have a bridal party".

"I don't know if it's just me, for some reason I feel like because I'm getting on a bit I just need to forgo it," Ardern shared.

Ardern and Gayford got engaged at Easter 2019 at Mahia during a break at Gayford's family bach.

He proposed to her at the top of a hill with a diplomatic protection squad officer nearby.

News of the engagement only emerged because a reporter attending a Pike River ceremony saw the Art Deco-style ring on Ardern's left hand and asked Ardern's office about it.

The office later confirmed the news.

Who cares, get on with the job of running the country taxpayers employ you to do.

And which country would that be Dunners? certainly not this one.