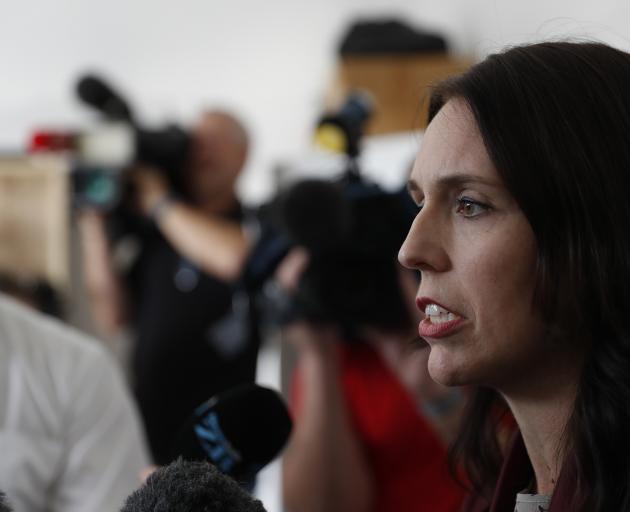 Jacinda Ardern. Photo: NZ Herald
Jacinda Ardern insisted in an interview today that Clare Curran's job as a minister was safe - despite the Prime Minister accepting the errant MP's resignation the night before.

The under-fire Curran has quit as a minister, saying the pressure on her had become "intolerable". She becomes the first casualty in the Ardern administration.

Ardern said in a radio interview with Newstalk ZB's Chris Lynch recorded at 8am this morning that Curran's job was safe.

But it has now emerged the errant minister told Ardern last night that she would quit - and Ardern accepted her resignation.

When asked by reporters in Gisborne today about her comment to Newstalk ZB, Ardern said: "The question that I was asked this morning was whether I'd asked her to resign, and the answer was no."

Ardern said Curran had contacted her last night and they had talked it through.

"There's no doubt there was a huge amount of pressure on her," she said.

"I think the pressure that she felt was pressure she put on herself."

Ardern conceded Curran had made errors of judgment.

"There is no doubt the minister made a mistake. The pressure she is under is stopping her from doing her job.

"The expectations on us as politicians is high."

Curran would continue to be a "passionate representative" for Dunedin South, Ardern said.

But she insisted her Cabinet was "absolutely" stable.