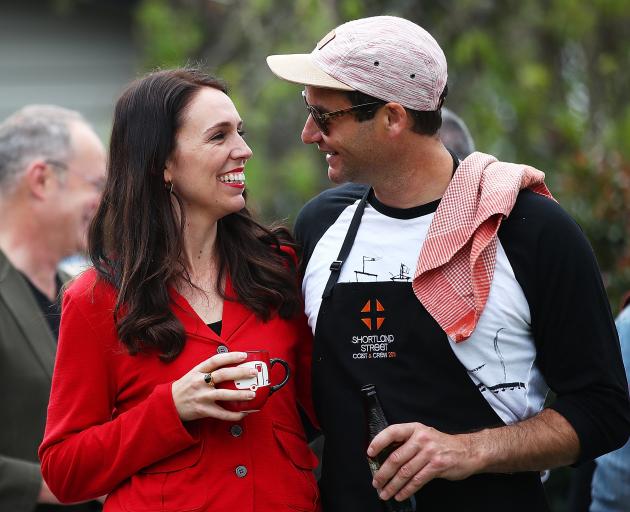 Live on air on Coast Radio this morning, she told hosts Sam Wallace, Toni Street and Jason Reeves that she and Gayford have "finally got a date".

"That doesn't mean we've told anyone yet, so I feel like we should probably put some invites out," she revealed.

And although she wouldn't be drawn on the exact date of the wedding, she shared that it will take place this summer.

But she might not be celebrating the traditional way, saying she "feels a bit too old to have a bridal party".

"I don't know if it's just me, for some reason I feel like because I'm getting on a bit I just need to forgo it," Ardern shared.

Maybe 2-year-old Neve will be a flower girl for her mum and dad - and she might be in charge of Mother's Day celebrations in the Ardern-Gayford household this year as well.

The PM said she "knew of no plans" for Mother's Day this coming Sunday.

"I know of none except for the fact that I said something to Clarke about it yesterday and there was a long pause ... so I'm not expecting much," she joked.

Last year Ardern was quizzed on whether a date had finally been set for the wedding, to which she replied, "Yes I can tell you that we have some plans - they are some way off.

"We might need to share some of our plans with our family and friends before we do that more widely."

Ardern (40) and Gayford (44) got engaged over Easter 2019 at Mahia during a break at Gayford's family bach.

He proposed to her at the top of a hill with a diplomatic protection squad officer nearby.

News of the engagement only emerged because a reporter attending a Pike River ceremony saw the Art Deco style ring on Ardern's left hand and asked Ardern's office about it.

The office later confirmed the news.

Ardern became New Zealand's youngest Prime Minister when she took office in 2017 and is one of the few elected leaders to hold office while pregnant.

She returned to power in October last year, delivering the biggest election victory for her centre-left Labour Party in half a century, largely due to her Government's decisive response to contain the Covid-19 outbreak.

Who cares, get on with the job you're paid to do.

Aint you a bundle of sunshine.

I hope it will be televised.

Another announcement about an announcement, how dearly boring, good to see the media tackling the tough issues