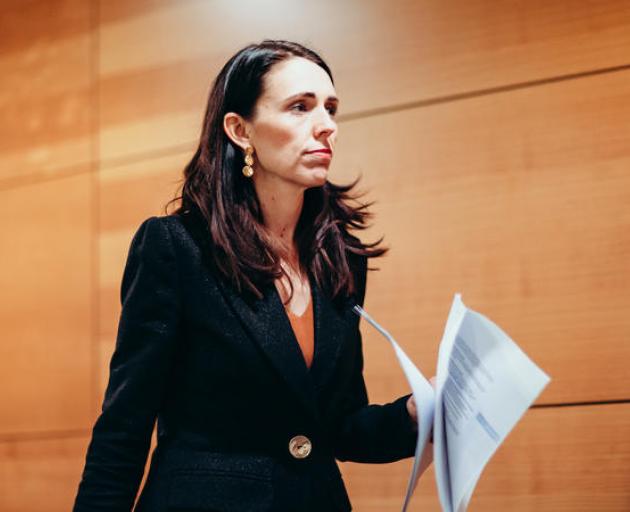 Prime Minister Jacinda Ardern is unconcerned with the latest poll results that indicate a drop in popularity for her Labour party. Photo: RNZ

Prime Minister Jacinda Ardern says the latest polls which show a drop in support for Labour are not a concern when it comes to forming a government.

Two polls two days running have National running ahead of Labour and the popularity of the prime minister falling.

Last night's 1 NEWS Colmar Brunton put National well clear on 47 percent to Labour's 40 percent - and in a position to form a government with Act.

Sunday night's Newshub-Reid Research Poll put National two points ahead on 44 percent - not quite enough to beat a Labour-Greens coalition.

Both polls showed Jacinda Ardern's popularity as preferred prime minister falling, though she remains well clear of Opposition leader Simon Bridges - who's up but still in single digits.

Ms Ardern told Morning Report the numbers were not a concern.

"We are doing better than the numbers we were elected on and we were able to form a government based on that," she said.

"To actually have your support lift since the election, I take heart in that."

She said despite a gloomy economic outlook, the government books were in good shape.

"It gives us choices going forward, particularly as we see on the horizon other economies not faring nearly as well."

Ms Ardern said that her government was continuing to deliver on the promises it had made.

"We're building more houses than any government since the 1970s," she said.

"We inherited a crisis and it's taking some time, longer than I would like, but we are making a difference."

She said she wasn't worried about the emergence of former Air New Zealand CEO Christopher Luxon as a National candidate and potential future leader.

$785m Auckland bridge could be scapped