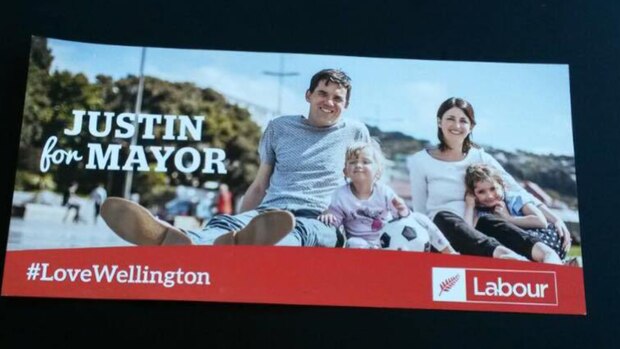 Justin Lester's election campaign material. Photo: supplied via NZ Herald
Defeated Wellington mayor Justin Lester is playing it cool over the Prime Minister wrongly claiming he wasn't a Labour candidate, but one of his former colleagues says the whole saga is deeply embarrassing. 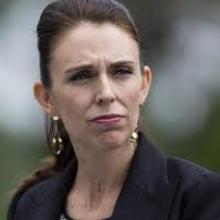 Jacinda Ardern
At her post-Cabinet press conference yesterday Jacinda Ardern claimed Lester ran as an independent and then later that she meant he didn't overtly run as a Labour candidate.

"My reference there in terms of the way he branded himself in the campaign wasn't overt in that regard."

Today Ardern conceded that she had made a mistake.

"I'd made the assumption that yes, he was an endorsed candidate, but that doesn't necessarily mean someone then formally runs on a Labour ticket, in this case he did, it's a very small difference."

Unlike Phil Goff, who stood as an independent in Auckland but was endorsed by Labour, Lester was the Labour Party candidate and his campaign material contained Labour branding.

Lester, who was ousted as mayor by Andy Foster, described Ardern's error as an honest and unfortunate mistake.

"The PM has much more to occupy her mind than a local government campaign in Wellington."

Lester said he had been in touch with Ardern's staff consequently and received a "lovely" text message from her after the election result came through.

But Brian Dawson, a Labour councillor who also missed out on re-election, said the mistake was embarrassing.

"It's really embarrassing that the Prime Minister doesn't realise who her own party is endorsing in the capital city that she lives part-time in.

"I do understand obviously she's a busy person, she's been out of the country quite a lot, she's got lots on her plate, she can't be expected to realise every Labour branded politician.

"But I would personally have thought Justin was a fairly hard to miss one."

Dawson said Lester's political connections were no secret - and every bit of his campaign material was Labour-branded.

Her mistake was rubbing salt into Lester's wounds, he said.

"The last thing you need is reminding that you lost, it's not a great feeling at the best of times, and it's a time when you really need your friends to be supporting you and it doesn't feel very supportive to me, so it's disappointing."

But Labour councillor Fleur Fitzsimons, who has been re-elected, said it was obvious the Prime Minister has strong support for Lester.

"I know that he will be feeling the loss hard but many successful political leaders lose elections and come back to make a strong contribution. I expect Justin will too."