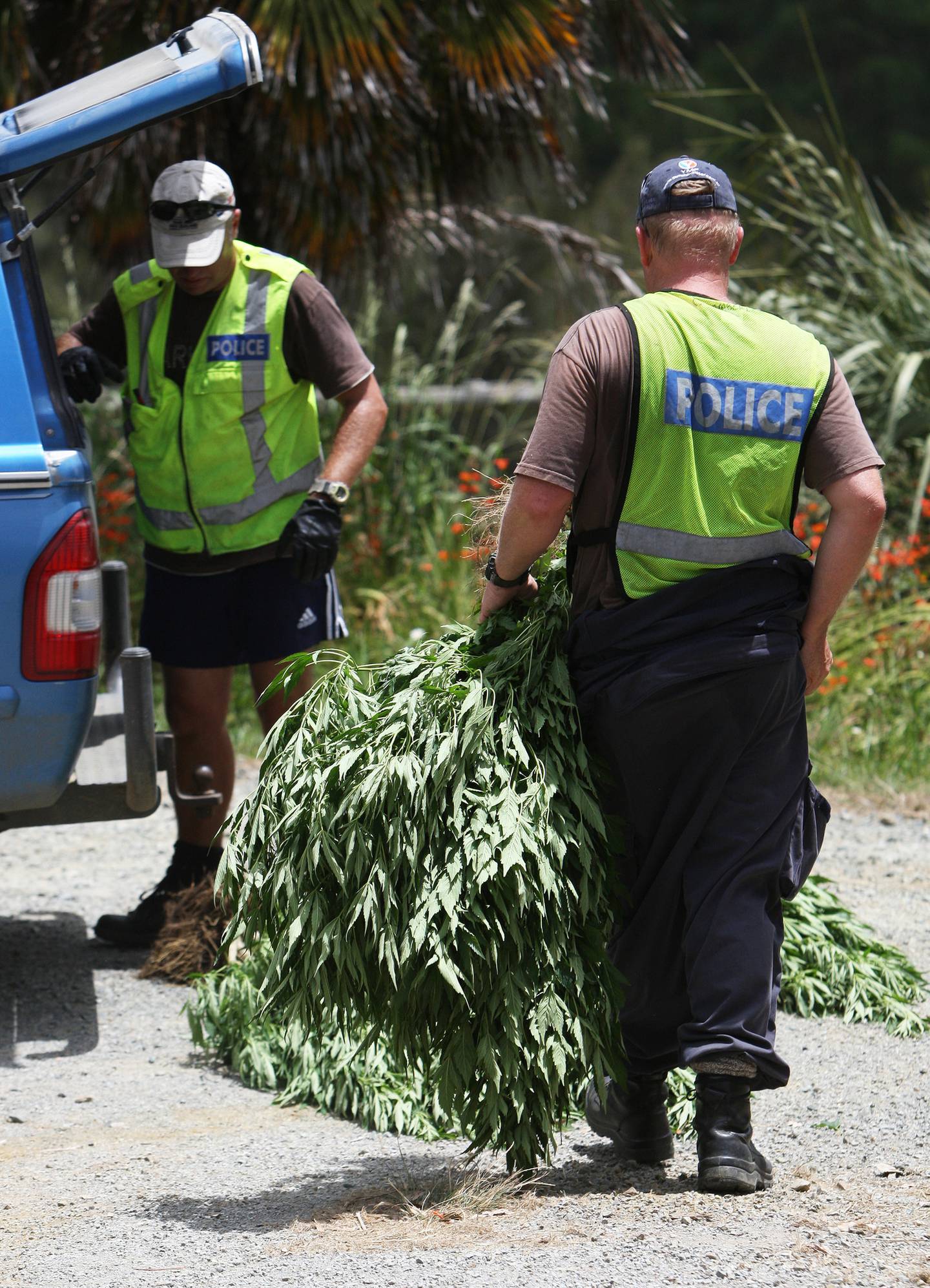 Police say they want to switch focus from cannabis to other drugs with a higher degree of harm in the community. Photo: NZ Herald
Police have axed their annual cannabis operations, which result in thousands of plants being pulled from isolated locations around the country.

The Defence Force has worked with police for decades, giving them the opportunity to spot plantations from the skies.

A police spokesperson today confirmed that with the increased harm in many communities arising from other drugs, particularly methamphetamine, "a one-size-fits-all annual aerial national cannabis operation no longer represents the most appropriate deployment of Police resources".

However, the decision appeared to come to the surprise of many officers, and even Police Minister Poto Williams, who were unaware of the change, according to Stuff.

"While this is an operational matter, I have asked for a full briefing as to the rationale behind this decision," she told Stuff.

In a statement to The New Zealand Herald, the police spokesperson said the axing of the annual operation didn't mean they would give up targeting the production and supply of cannabis.

"The illicit supply of cannabis remains a focus for police, and funding is still available to districts that wish to prioritise the use of tactical support for the detection of cannabis plantations.

"The decision to spread resources throughout the year, and increase surveillance focus on the drugs causing the greatest harm in the community, does not mean that police across the country will not investigate and prosecute people engaged in the commercial cultivation of cannabis."

The spokesperson said police had a wide range of tactical options targeting the production, manufacture and distribution of illicit drugs.

"These tactics include intelligence gathering through a variety of methods including aerial searches, using informant information, general policing and public tip-offs.

"Districts make these operational decisions based on the requirements specific to each area, working with the National Organised Crime Group throughout the year to target the manufacturers and distributors of methamphetamine, synthetics and cannabis as these drugs are all known drivers of crime and revenue streams for organised crime groups.

However, the decision drew praise from the NZ Drug Foundation, whose executive director Sarah Helm told Stuff police had taken a "pure supply control" approach to cannabis for many decades and had "demonstrably failed".

"While we pour resources into cannabis, methamphetamine is wreaking havoc on communities. We hope this changed approach represents a shift in police prioritisation."

This is an unusually liberal decision by our Police but one which I totally agree with and applaud.
Spending that money on the fight against methamphetamine will be far more productive for the community as a whole.
Well done NZ Police.

It's not the grass, it's the dodgy exploiters associated with plantaining in the Far Country.

Shows how weak this Government is on drugs i would say, especially with the Commissioner who our glorious leader appointed.