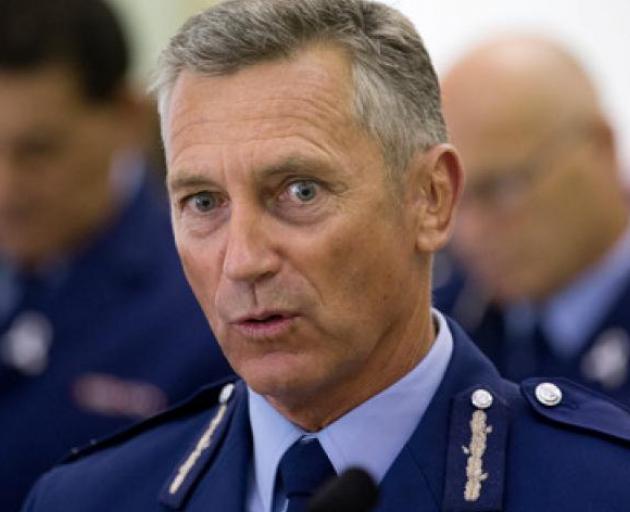 Prime Minister Jacinda Ardern yesterday announced that, as of midnight Wednesday, a nationwide lockdown would come into force in response to the ongoing spread of Covid-19.

The lockdown is in place for four weeks at least and means everyone must stay home and self-isolate - apart from people considered part of the “essential services central workforce”.

Bush today spoke to NewstalkZB’s Chris Lynch about the lockdown and what it meant for his police force.

“The easiest way to say this is staying home saves lives,” he said.

“Police will be out there - we’ll be highly visible, we’ll be interacting with people, will be stopping and having a chat to find out whether they’re compliant.

“The first part of that is will be really educating people and encouraging them to comply.

“If people don’t comply, then we’ll be using the authority that we have, either under our own legislation or under other law to ensure that people do comply.”

Bush said police did not intend to take an unnecessarily hard line, but would do what was needed to protect the community.

“We don’t want to have to be out there with a big stick. That’s not normally our initial approach

“But if people don’t comply, that’s where we’ve got to go - because I can’t say this often enough; complying with us will save lives.”

Bush expected a change in policing activity in the coming weeks.

“We''ve been asking, challenging ourselves on that very point for the last week or two,” he told Lynch this morning.

“The way we see this Covid-19 response for the entire public service, including the police… compliance is our top priority.

“We also have to deal with other matters, whether it’s family violence or other serious violence out there in the community.

“We’ll be doing both but you will see more of us we are tasking all of our staff to be out there more visible to ensure that people do comply.

“We’ll do that in a really calm and compassionate way. We’ll be very professional as we always have will be very caring about people.

“But the end of the day, if people aren’t smart enough to comply…”

The military may be called in to help enforce compliance, but Bush hoped it would not come to that.

“I hope they never have to play a part but they are standing by,” he said.

“The Chiefs of Defence and I have very close contact as you would expect.

“They are standing by so that if we need them to compliment police staff out there and communities, they will.

“But... we really want to encourage and educate as a first step.”

Bush said he predicted some crime types to increase and police had planned for that.

“So there are some crimes that will increase and there were a lot of others that decrease so obviously with the closing of a lot of social areas, there’ll be less demand on police services,” he said.

Domestic violence was forecast to increase.

“When people are confined to those spaces, human nature being what it is, and there are people already have a tendency in that direction.

“So yes, we anticipate there will be an increase. So we need to increase our response into that.

“We need to increase our prevention into there and also there are other agencies that we really want to keep as essential services so that they can support people who were in the middle of that.”

He said with bars and restaurants closed most of the public activity between midnight and 3am would stop.

“With this, we won’t need (to have police out as much). So we’ll revisit our deployment model to make sure that our staff are more visible probably during daylight hours than they normally would they will be around supermarkets and other places to keep order to ensure people are safe,” he explained.

Bush reiterated that people should only leave home if they needed essentials during the lockdown.

“You only go out in your vehicle if you need to go and get food, essential medical supplies, essential food supplies or medical treatment,” he said.

Bush said police were keeping an eye on what was happening overseas.

“I’m part of a network with the eight Australian police commissioners. We’ve been talking weekly about how first off how we keep our own organisations safe, so we can keep the community safe,” he said.

Bush’s final message to Kiwis was simple: “Be kind. Stay home, save lives".