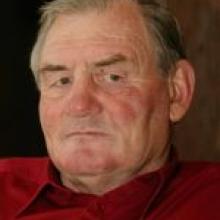 Sir Brian, who coached the All Blacks to their 1987 Rugby World Cup victory, urged fathers to let their children take risks - but to lay down rules and impose "consequences" if the rules are broken.

He was speaking at a breakfast hosted by educators Parents Inc yesterday.

The group's founder, Ian Grant, told more than 1000 fathers at the event that society was turning fathers into "male mothers" obsessed with safety instead of adventure.

"Our society is trying to turn fathers into male mothers. You ain't," he told them.

[comment caption=PC madness, or progressive parenting? Is society turning fathers into 'male mothers?']Sir Brian, who captained the All Blacks from 1966-70, laid the blame on political correctness.

"We are living in a PC world which is destroying us, where you actually can't put the hard word on people when they have digressed and committed bad blunders," he said.

"One of the advantages of being a farmer is that I was able to work with my children.

"You can take them on the back of your motorbike, which you're not supposed to do any more.

You can take them on your horse, which you're not supposed to do any more.

"They can climb trees, which they're not supposed to do any more."

He said his daughters went to their first rugby game when they were aged 3 weeks, and later played in the mud while their dad downed another jug in the bar after a game.

"In the evenings, we went to the rugby parties with the kids, who slept in the back of the car.

"We can't do that any more because we haven't got rid of the perpetrators that actually destroy our society."

"We lack a great deal of respect for authority nowadays. There's always someone protesting.

"Respect and role models are very important in life. You, as a father, with the aid of your partner - I can't say `wife' these days, PC - you are the one who set the ground rules.

"And don't ever tell me that the kids don't want to know where the line is.

As a coach he told the All Blacks they could do anything they liked off the field as long as they did not annoy anyone or break anything, he said.

"People have to make decisions, and people do make mistakes. But make sure that you take action - that there are consequences, and that you actually follow them through.

"Yes, I smacked my children, but I've never hit them.

"Yes, I smacked other people's children, but I never hit them.

"But we are not allowed to do that any more in this PC world."