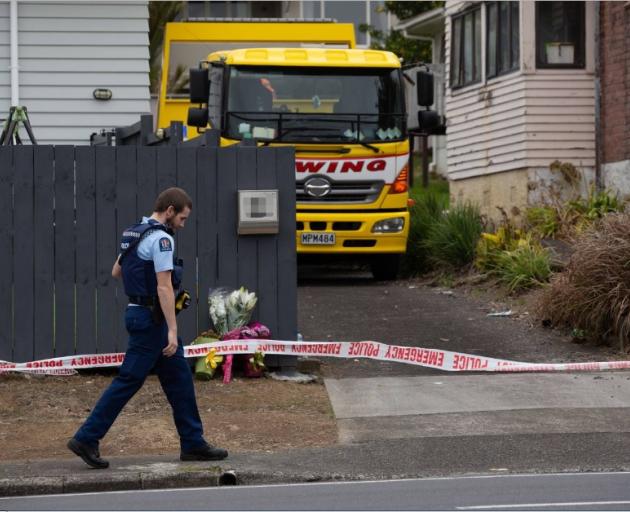 Police at the scene of Tania Hadley's alleged murder in Mt Roskill. Photo: NZ Herald
Homicides appear to have spiked across New Zealand since Kiwis came out of lockdown - with 13 people dead, including five just this week.

Crime dropped dramatically during the Covid-19 lockdown, which saw the nation stay home for more than a month unless they needed to leave for essential work or to get supplies.

The lockdown restrictions ended at 11.59pm on Monday April 27, and since then 13 people have died as a result of violence.

One man was also shot dead by police.

Assistant Commissioner Richard Chambers who oversees investigations and serious crime could not comment on what may be behind the spike or if there were any trends emerging.

"Any homicide is obviously a concern for police, and the recent cases are all the subject of extensive investigations, or are already before the courts," he said.

"We have no comment we can offer outside of that." 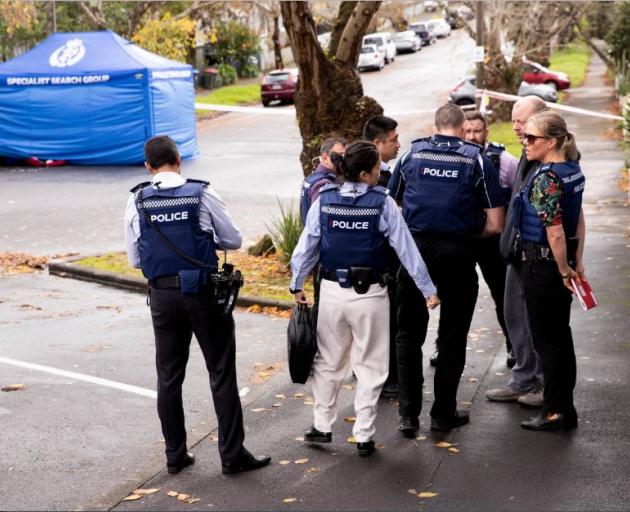 Police at the scene where the body of a person is located on Parkfield Tce in Grafton. A person was shot at a location on St Johns Road and dumped in this location. Photo: NZ Herald
Sources told the Herald the figures were not hugely unusual and the homicides seemed to be a mix of domestic, gang or organised crime and altercation incidents.

They said while crime dropped across the board during the lockdown and the following lower level 3 restrictions, serious crimes did increase.

The latest homicide was in Moerewa in the early hours of this morning.

Krillan Koni Brown, 18, was stabbed to death at an address on Snowdon Ave.

Emergency services tried to revive him at the scene but he was too badly injured to survive.

Earlier this week a man was fatally stabbed at a Northcote boarding house. Another resident has been charged with murder, and faces a second count of injuring another man.

And the most high-profile recent death was the man found dead in an Auckland street after a shooting in the suburb of St Johns.

It is understood that incident is gang and drug related. No arrest has been made.