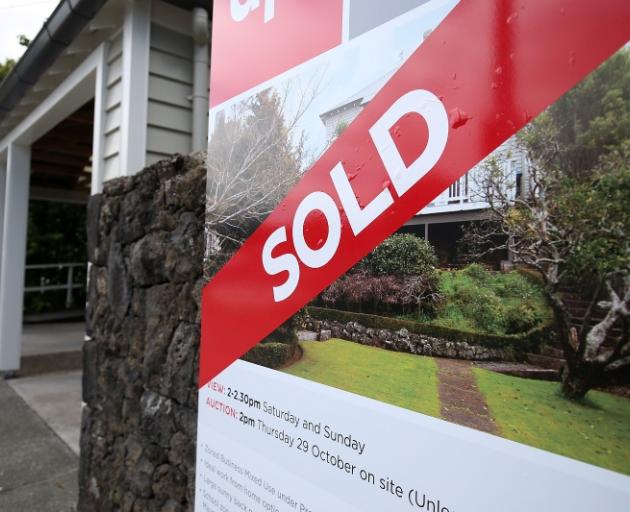 The number of property sales across New Zealand dropped by 20% last month, with none of the 14 regions recording an increase, according to the Real Estate Institute of New Zealand.

A total of 5,896 properties were sold across the country in August, down from 7368 sales in August last year, REINZ said.

The institute noted that the failure of any region to increase sales in a month has only occurred three times in the last seven years. The median number of days it took to sell a property increased to 37 from 30.

The country's booming property market has been stoked by record migration and low interest rates and housing affordability has become a key theme in campaigns ahead of this month's general election, particularly in the largest city of Auckland.

Activity in the market has slowed after moves by the central bank to clamp down on the level of high loan-to-value ratio mortgages in an effort to reduce the risk to the nation's financial stability.

"The drop in volume this month meant that, on average, 47 fewer properties were sold each day in August 2017 in comparison to August 2016 - that's a big drop. Banks' lending criteria and LVRs are still impacting first home buyers and investors."

Still, Norwell said despite the decrease in the number of properties sold, overall, the market is in a "strong position" as listings remain low and demand for good properties remains high.

"Agents across the country expect the market to pick up as we move into spring and even more so once the election is over," she said.

The REINZ house price index edged up 0.5% in August. Excluding Auckland, house prices rose 7% from a year earlier, while in Auckland values dropped 2.9%, indicating strong value growth in some regions and a decline in Auckland, the institute said.

In the Auckland region, the number of properties for sale jumped 27 percent to 7,731, while outside Auckland the house sale inventory fell 10% to 13,825, highlighting the impact Auckland has on the nationwide data.