The pros and cons of the Te Araroa trail 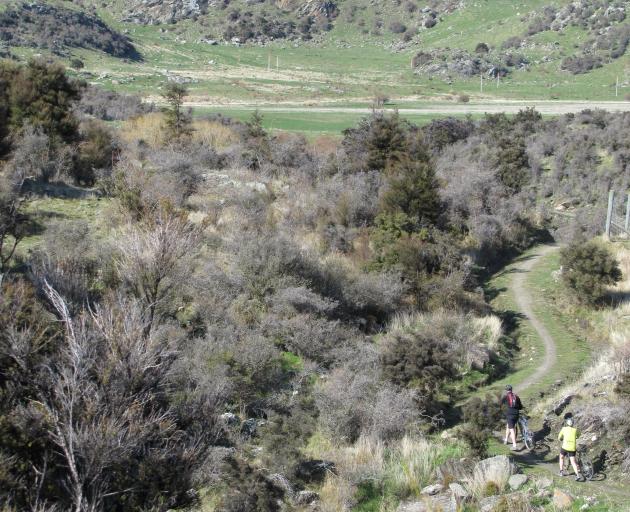 Part of the Te Araroa Trail between Wanaka and Glendhu Bay. PHOTO: ODT FILES
The Te Araroa Trail running the length of New Zealand has brought walkers to remote parts of the country, putting pressure on facilities and making it harder to have a solitary wilderness experience.

The trail provides a spine for other trails to branch from, a report by the Walking Access Commission Ara Hikoi Aotearoa says.

"The existence of Te Araroa has meant that numbers have significantly increased in areas that were previously only infrequently visited, meaning that huts built for smaller numbers of guests are no longer fit for purpose," the report says.

It is also getting harder to be alone in the pristine New Zealand wilderness.

This forces people who want an even quieter experience to push further afield, visiting areas that previously might have only been used by those wanting solitary experiences.

The report also notes pressure on private landowners who allow access to their land.

Still, some landholders talked about the advantages of being a part of something bigger, especially if there was a charge for access.

Where a farmer might be reluctant to allow public access across their land, it was easier if that access was a small part of a larger project.

"Being part of a network of trails - as long as there was a commercial gain for the farmers - would be useful. Five or six-day walks, crossing multiple stations, Doc land etc, would be great. The commercial aspect makes it attractive, and helps to provide infrastructure for users."

Still, the commission had heard concerning messages about the potential for withdrawal of access to private land by landholders, report author Asher Wilson-Goldman said.

Tourist numbers are rapidly increasing throughout New Zealand, but particularly in the central southern South Island, from the Mackenzie Country down through Queenstown Lakes and across to the Waitaki and Central Otago.

Mackenzie has few ratepayers but many tourists, so it is hard to find money for tourism infrastructure.

According to Department of Conservation staff, the increase in visitor numbers, while posing some behavioural problems, can also help to solve others.

People are much less likely to misbehave if everyone around them is behaving well, and so expectations are easier to set on busy tracks than places where visitors can expect to be alone.