A 28-hour occupation of Kaitaia Airport by Ngati Kahu ended today in a blaze of tyres and five arrests.

The airport occupation, which began just before lunchtime on Tuesday, was brought to an abrupt end as police moved in just before 3pm yesterday.

Action leader Wi Popata, of Ngati Kahu, said the occupation was a protest against a $100 million Treaty of Waitangi settlement this week.

The Te Hiku Claims Settlement Bill was read for its third and final time in Parliament today, ratifying the settlements of four of five Muriwhenua iwi - Te Aupouri, Ngai Takoto, Te Rarawa and Ngati Kuri. Ngati Kahu is the only Te Hiku iwi to not yet settle.

Northland District Commander Superintendent Russell Le Prou said negotiations with the protesters had failed to reach a resolution and police were left with no choice.

About 20 police went to the airport and closed the access roads. The protesters were given the ultimatum of leaving on their own accord or being arrested. Six members of the occupation remained on a bench seat in the airport carpark and were each individually arrested.

Tensions flared when the departing protesters lit fires on either side of the airport driveway, fuelled by tyres and fenceposts. The Kaitaia Fire Station sent one appliance to put out the bonfires.

"It was to show the s*** we've been through. It's to remind people of the houses, the marae, the taonga that has been destroyed.''

He said he and his brother Hone had left the airport rather than be arrested after being urged to leave by older protest members.

"Our people didn't want us to be arrested,'' he said. "They wanted us to come out and carry on.''

Wi Popata said the protest would return, despite having now been formally trespassed from the property.

"We'll be back. We will mobilise our iwi and we will come back and take our land.''

The Far North Mayor John Carter said flights were expected to resume by tomorrow morning. He said airport operators Far North Holdings and Barrier Air had been very supportive and patient while negotiations attempted to settle the stand-off.

- By Edward Rooney of the Northern Advocate

What the protest was about

Ngati Kahu and Ngai Takoto have each been offered the right to buy 50 per cent of Kaitaia Airport in their respective Treaty of Waitangi settlements.

But if Ngati Kahu does not settle with the Crown within three years, 100 per cent will be offered to Ngai Takoto, Treaty Negotiations Minister Chris Finlayson told Parliament today.

It comes as a group of protesters marched on Kaitaia Airport yesterday and occupied land at the airfield. The protest has prevented flights coming into or out of Kaitaia.

The offer for the airport is conditional on the land remaining an airport and the right to purchase takes effect in three years.

If Ngati Kahu have not concluded a treaty settlement within three years of Ngai Takoto settlement date, around December 2018, then Ngai Takoto will have the sole right to purchase the property,'' Mr Finlayson said during debate on four northern settlements: Ngati Kuri, Te Aupouri, Ngai Takoto and Te Rarawa.

"This approach was taken because the Crown had to balance the interests of both iwi while ensuring certainty about the future of the airport.'' 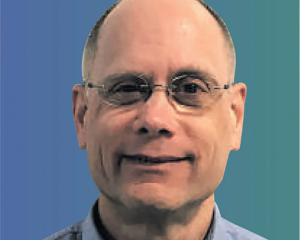