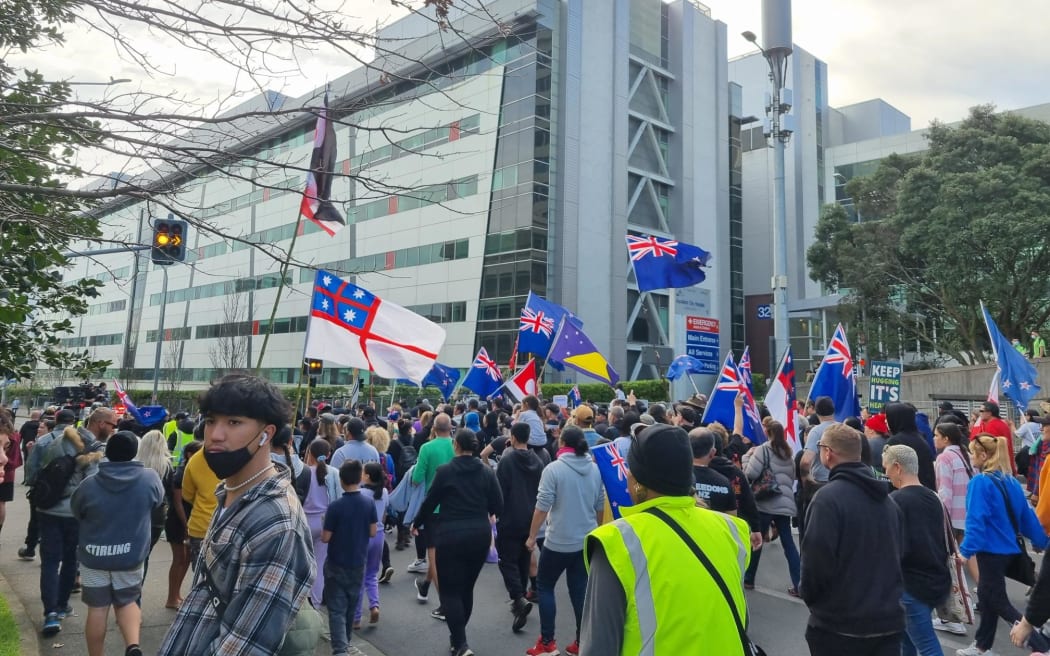 Participants at the Freedom and Rights Coalition protest in Auckland today. Photo: RNZ
Protesters blocked roads in central Auckland this afternoon for the second time in two weeks, marching past the main entrance to the city's hospital.

The Auckland motorway on-ramp used by protesters two weeks ago was closed ahead of another rally at the Auckland Domain today.

Aucklanders were warned to prepare for traffic disruption in the central city.

The Brian Tamaki-led Freedom and Rights Coalition gathered at the domain for a 'Kiwi Patriots Day and March' before a crowd of about 1000 marched out on to the streets about 1.30pm.

After passing the Auckland City Hospital and over the Grafton Bridge, the protesters turned left and moved up Symonds St, before heading down Khyber Pass Rd past the closed on-ramp and back towards the domain, where the crowd dispersed.

Counter-protesters were also in the area today. 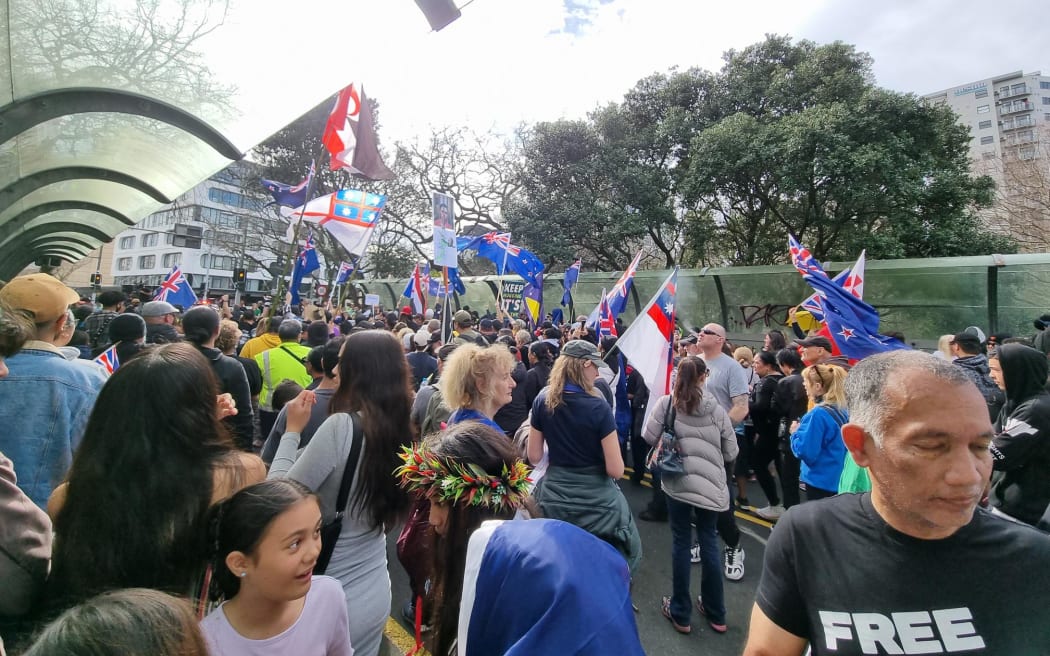 Photo: RNZ
Ahead of today's protest, Waka Kotahi closed both the Khyber Pass on/off-ramps - used by the protesters last time - and the Symonds St on/off-ramps.

A police spokesperson has confirmed the motorway entrances were closed in regards to the protest activity at Auckland Domain.

"We are working with Waka Kotahi on this, who have closed the on and off-ramps to minimise disruption."

Inspector Jim Wilson said earlier police would take action if there was any unsafe or dangerous behaviour.

"Police ask the community to be patient on the roads as we expect there might be some traffic delays and disruptions, particularly near the domain, and the surrounding areas."

The public is asked to report any concerning behaviour to police by calling 105.

"Police recognise the public's right to protest peacefully and lawfully but we will take action where required."