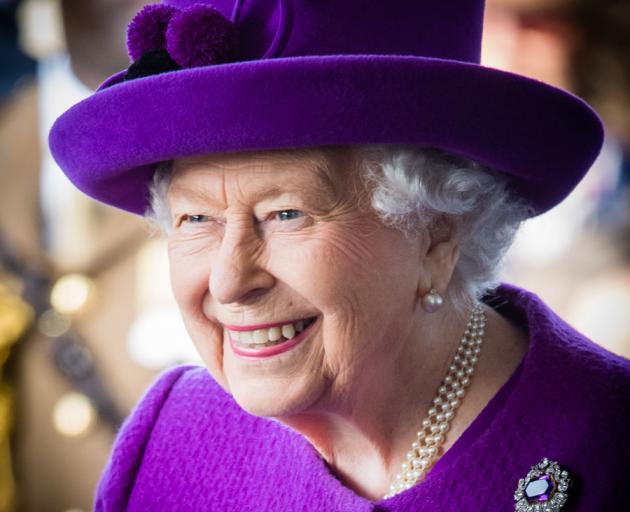 The Queen: “I send my enduring thanks to those who continue to put the service of others above themselves." Photo: Getty Images
The Queen has urged New Zealanders to “kia kaha, kia māia, kia manawanui” - to be strong, be brave, be steadfast, in the face of the coronavirus pandemic.

Her Majesty sent the message of strength to New Zealanders who today enter the 13th day of lockdown.

“As people across New Zealand and the Commonwealth are experiencing unprecedented changes to their lives, concerns for family and friends, and financial uncertainty, you are in my thoughts and prayers,” she wrote.

“I send my enduring thanks to those who continue to put the service of others above themselves, whether by staying at home, providing essential services, or by caring for the most vulnerable.

"Through this sense of community, dedication and faith, her Majesty is confident New Zealanders will “rise to the challenge and overcome”, she said.

Her Majesty The Queen addresses the UK and the Commonwealth in a special broadcast recorded at Windsor Castle. pic.twitter.com/HjO1uiV1Tm

On Monday, the 93-year-old monarch addressed the nation, calling on Britons to rise to the challenge of the global pandemic.

Acknowledging the suffering that many had felt because of the crisis, which has killed at least 4934 people and infected more than 47,000 across the United Kingdom.

She sought to lift spirits and offer hope to the country, drawing on wisdom from her decades as Britain’s head of state to urge discipline and resolve in a time of crisis.

“I am speaking to you at what I know is an increasingly challenging time,” she said.

“A time of disruption in the life of our country; a disruption that has brought grief to some, financial difficulties to many and enormous changes to the daily lives of us all.”

The Queen praised the National Health Service and others working in essential services.

“I hope in the years to come everyone will be able to take pride in how they responded to this challenge,” she said.

“Those who come after us will say that the Britons of this generation were as strong as any.

“That the attributes of self-discipline, of quiet, good-humoured resolve, and of fellow feeling still characterise this country,” she said.

Her son and the heir to the throne, 71-year-old Prince Charles, had a mild case of the disease.

She left London, the epicentre of Britain’s outbreak, and took up residence at her home in Windsor with her husband, the Duke of Edinburgh.

Both the monarch and her 98-year-old husband are among those over 70 whom the British government have advised to stay home for 12 weeks.

The Queen gives yearly Christmas messages but had given an address like this on only four previous occasions:

She delivered speeches after the Queen Mother’s death in 2002; before the funeral of Diana, Princess of Wales in 1997; to celebrate her Diamond Jubilee in June 2012; and at the time of the first Gulf War in 1991.