'Quite a decent shake here': PM reacts as quake hits

Jacinda Ardern was live on television this morning, when a large earthquake struck Wellington and the PM kept her cool throughout.

"We're just having a bit of an earthquake here," said the PM to Newshub host Ryan Bridge as the screen began to shake.

"Quite a decent shake here," she continued as the Covid-themed backdrops quivered behind her.

"The Beehive moves a little more than most," she quipped. 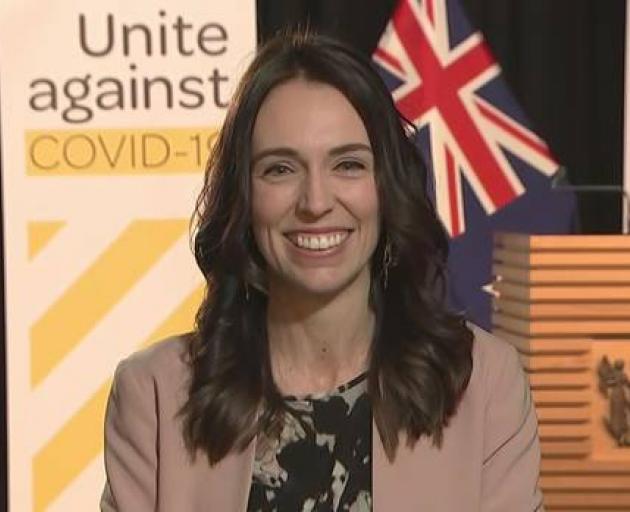 A 5.8 magnitude earthquake was felt as far north as Gisborne and near the bottom of the South Island, according to Geonet.

Geonet has revised the quake's depth to 37km, 30km northwest of Levin. Originally it said it was a 5.9 magnitude quake, and later revised that to 5.8.

It was categorised as "strong".

On social media, many joked that the PM might be handling the latest in a series of disasters.

"Do you think Jacinda felt that and thought "you've got to be f***ing kidding me?" joked one user.