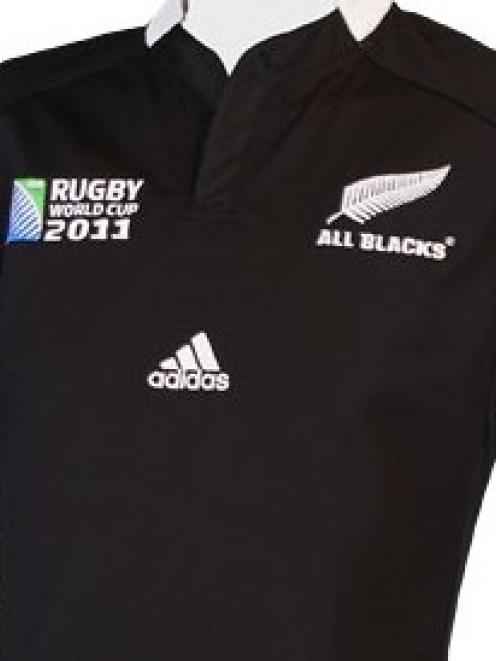 The $220 All Blacks Jersey.
New Zealand's largest sports retailer is threatening to send the new All Blacks jerseys back unless Adidas lowers the price.

Rod Duke, general manager of Rebel Sport and Briscoes, told NewstalkZB's Murray Deaker he was absolutely furious at the price difference between New Zealand and other overseas markets.

The Rugby World Cup edition of this year's jersey costs $220 in most New Zealand retail outlets but the same jersey can be picked up for less than $105 online in the United States.

Mr Duke said he was meeting New Zealand representatives for Adidas today about the difference in price.

"If we haven't been able to sell it, then we'd better make some different arrangements. We're going to have some very, very, very serious discussions. But at the end of the day, it's not damn fair."

When asked if he would send the All Blacks jerseys back if Adidas did not lower the price, he said:

"You can rest assured, that will be the tone of my conversations."

Adidas declined to comment last night, but Adidas New Zealand's country manager David Huggett had previously said the cost disparity between New Zealand and overseas was in part due to currency fluctuations.

"The price we set in New Zealand is relative to the local market and the price they pay overseas is largely driven against currency fluctuation which has changed quite significantly over the last couple of years," he told NewstalkZB.

Mr Duke said Adidas had made "all sorts of excuses" but it was not good enough.

"I'm absolutely furious and I'm absolutely gutted with the news as it came through. I just can't believe that this sort of thing could happen.

"How in the world, in the home of rugby where [the] world rugby cup is being staged, how can there possibly be this vast difference between the pricing?

"And so I'm having conversations about the cost prices."

Mr Duke said he was completely unaware about the cost disparity.

He said Adidas gave Rebel Sport a cost-price for the jerseys and a recommended retail price nine months ago, which he said did not seem overly excessive.

The retailer had only slim margins - about 7 per cent - on their stock and Mr Duke said Rebel Sport had the same margins for a $20 T-shirt as it did for the $220 jersey.

"This is just a ridiculous situation - we didn't need this, nobody needed this. All our customers want to do, or New Zealand fans want to do, is get out there buy a jumper, get along to the games and watch them win," he said.

Meanwhile, a sports store is taking a stand against Adidas by undercutting prices on the jerseys.

Sportsworld Whakatane will sell them for $104, to match the online cost in the US, but at a significant loss to the store.